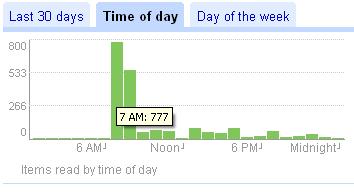 Can you tell when I write the Mug?

In Arizona: Taylor Green went 2-for-4 with a double and a stolen base in his AFL debut, Jeremy Jeffress gave up 1 run on 2 hits in 3 innings to pick up the victory, and Alexandre Periard pitched two scoreless innings of relief as the Javelinas defeated Phoenix 6-4. Box Score

In Hawai'i: Caleb Gindl went 1-for-4 and scored a run, and Logan Schafer went 0-for-4 but picked up an RBI in the CaneFires' 5-4 loss to North Shore. Box Score

Also, we apparently have a Brewer prospect to watch on two AFL teams now, as Lou Palmisano went 1-for-4 with 2 K's in his debut Wednesday for the Mesa Solar Sox.

It's the Battle of Peoria as the Peoria Saguaros host the Javelinas today at 2:35 Central time, and if you're up late tonight, the CaneFires host Waikiki at 12:35 am.

So yesterday I posted the JS's team grades for the Brewers. Today, we have the individual report cards. One has to imagine Rickie Weeks is risking getting his allowance revoked by bringing home a D-plus. Also, the Brew Town Beat has grades for the bullpen.

So the Mariners GM search continues, but still has no mention of Jack Z. Today, though, a possibility I hadn't considered is mentioned in the blogs: Mariners Insider is listing Doug Melvin as a possible candidate for M's GM, if he should decide to turn down a contract extension in Milwaukee. Mariners.com is reporting that the next GM will have less power and a lower payroll than former GM Bill Bavasi had, so it seems unlikely Melvin would want to make the jump. (h/t Baseball Digest Daily for the second link)

Once the dust has settled on the general manager situation, a decision is expected on interim manager Dale Sveum. Add Terry Francona to the list of people who have endorsed Sveum's return.

And, if you missed the entire season and Tom H.'s season recap yesterday, today you can read The Official Site's recap.

Apparently coaches are also available, especially recently re-assigned coaches: Rumor has it Ted Simmons has been targeted to serve as bench coach in San Diego next season.

I've been trying to track players who become free agents whether it's big news or small, but apparently I missed a couple: MLB Trade Rumors is reporting that Astros RP Dave Borkowski and former Pirate, Astro and Giant IF Jose Castillo.

I still haven't seen a list of Brewers eligible to be Rule 5 Drafted, but while perusing the web this morning I found this Royals Review list of eligible draftees that includes one familiar name: Jose Capellan. Capellan seems like the perfect target for the draft: an inconsistent former big-leaguer with good stuff and a high ceiling. It's feasible he could help a team out of the bullpen in 2009, and if you draft him and he can't, you can send him back and all the experiment cost you is $25k, or about .25% of what a similar experiment on Eric Gagne cost the Brewers this season.

Voting is open for The Internet Baseball Awards. I'm hoping to find time to work on my ballot today.

Oh, and Dick Vitale is among 12 original Rays season ticket holders that will get to throw out first pitches during the ALCS.