This isn't where I'd hoped we'd be on Friday, but it's where we are, so let's make the best of it.

Ok, any idiot could write a gloom-and-doom Mug at this point, dismiss the Brewer season and spend the weekend picking apples or something. I might pick apples this weekend (I'm out), but I'm not giving up yet. Here are my reasons for optimism: 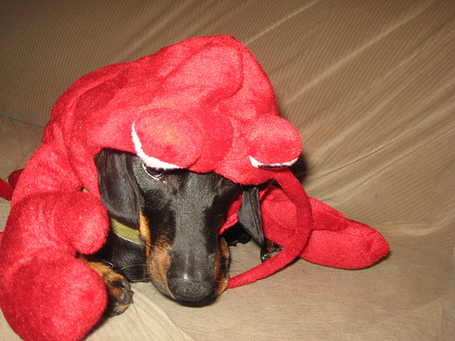 What else do you need?

The Brew Town Beat in encouraging you not to boo the Brewers this weekend. For once, I'm with him. We've waited 26 years for this moment, let's not waste it complaining about Corey Hart's .132/.159/.197 batting line since September 6.

The Journal Sentinel has a piece on Dale Sveum's "loyalty" to Rickie Weeks. Worth noting: Weeks is still splitting time, and while his game 1 error is permanently carved into Brewer lore, he also hit .281/.395/.547 in his last 20 games, which looks pretty good when compared to J.J. Hardy, Mike Cameron or even Ryan Braun's numbers over the same span.

It's time for today's Sabathia Smorgasbord. Today, Joe Posnanski asks if clutch pitching is more likely to be real than clutch hitting, MLB Trade Rumors suggests both Sabathia and Ben Sheets will be Type A free agents and The San Francisco Chronicle (via MLB Trade Rumors) says the Giants will make a run at signing him.

As noted in the FanShots, I made Sports Illustrated this week. I can't tell you how weird of a feeling it is to spend an entire season writing about a team, and make a nationally-known publication based on a throwaway line about pumpkin pie. Here's my pumpkin pie recipe. No, I don't make my own pie crust.

One injury note to pass along: Carlos Pena left last night's game with blurred vision, but it appears he'll be ok and ready to go for game 2.

In case you missed it, A Greek Orthodox priest exorcised the Cubs' dugout before last night's game. Carlos Zambrano was still there at game time, so apparently it didn't work.

So apparently the Mets are hoping to improve in 2009 by suck-proofing their bullpen. Brewer fans, above all others, should be able to tell them that "throwing a lot of money at it" and "suck-proofing" are two different things.

Via BBTF, I also learned that Lanny Frattare, voice of the Pirates since 1976, retired yesterday. I can't imagine retiring after so long when the team is this bad...it'd be like Uecker retiring in 2001.

On the coaching carousel: The Royals have fired their hitting coach. There's still not a single fired manager this offseason.

Oh, and if you need something to stare at while you spend the off-day spacing out, the Wikipedia Screen Saver works for me.

Drink up. And keep your chin up!