So 23 days remain until pitchers and catchers report to spring training. Behind door #23 on the Brewer Advent Calendar is the Brewers' #23, Rickie Weeks. 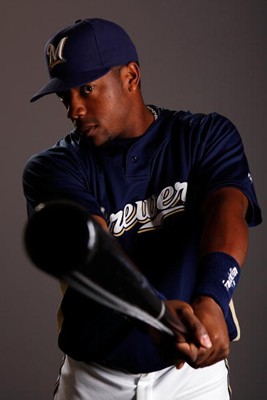 Weeks isn't holding a lightning rod in the picture, but he frequently is one. We don't talk an awful lot about his speed, though, and it is notable. Consider this: Weeks has 78 stolen bases in 92 career attempts, a better percentage than any Brewer with at least 92 attempts in franchise history: