So we're under three full weeks until pitchers and catchers report. Behind door #20 in the Brewer Advent Calendar is...Bill Hall! 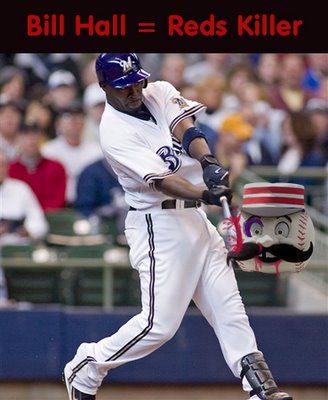 All told, Bill Hall has played over 100 games in a Brewer uniform at four different positions. He's one of just two Brewers who have played 100 games at second base, shortstop and third: