Editor's note: Somehow it took four days for someone to notice my math was off. So today is actually #20 on our Advent Calendar. My apologies for the mistake.

It may be the weekend, but the Advent Calendar never rests...behind door #20b we find...a sackload of cash and Prince Fielder! 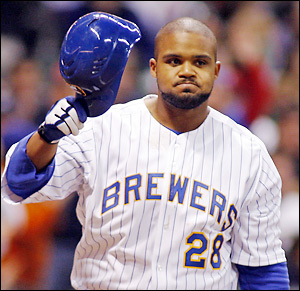 In fact, Fielder's 114 home runs in his first four seasons are the 15th most all-time, behind eight Hall of Famers, four active players and Mark McGwire. But it's worth noting that Ryan Braun still has two seasons to hit 43 home runs to pass Fielder on that list.