So today, it really is nineteen days until pitchers and catchers report to Maryvale. Behind door #19 we find...Craig Counsell! 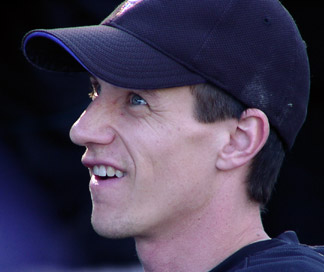 If you're not seeing the significance, here it is: Counsell has played for three of the last four expansion teams. No one has ever played for all four, but sixteen players, including eight active players and one other 2009 Brewer, have played for three:

Thanks to TheJay for the info. Active players are in bold. Am I the only one with the urge to trade Julio and Counsell to the Rays to complete the tetrad?