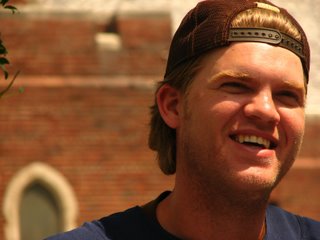 Depending on who you ask, today's prize in the Advent Calendar is either completely worthless or could be traded for a frontline starting pitcher.

One thing is for sure, though: Hart's terrible September in 2008 was one for the ages, and not in a good way. In fact, Hart's September 2008 OPS was lower than any other 2008 Brewer with a minimum of 25 PAs had in any month: