Share All sharing options for: Kirbir's Pictures of the Week: Special Season-ending Edition

Well, that's all she wrote. The 2009 season is over for the Brewers. Time to kick back and watch the other teams in the playoffs... unless, of course, Ghost Hunters is on. 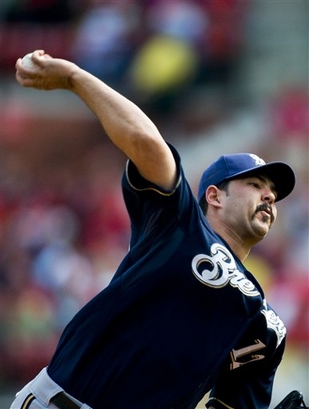 Carlos Villanueva got his only win of the season after starting Saturday. Fortunately (or unfortunately), sometime before Sunday's game, he shaved off the 'stache. 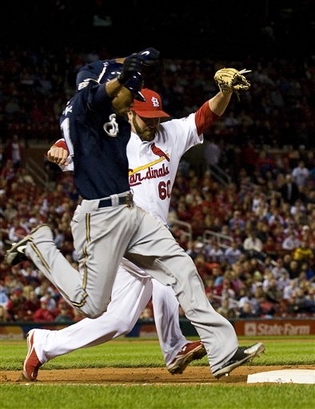 Alcides Escobar tried to make his case for why he should stick around in the majors next year when he barely beat out a tag at first base. 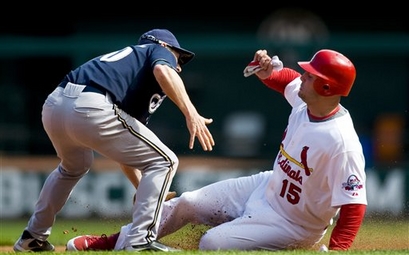 Craig Counsell caught a mid-game Holliday, as the Cardinals left fielder tried to steal a base. 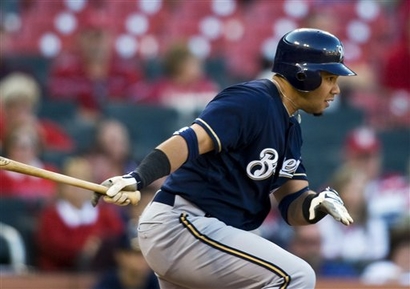 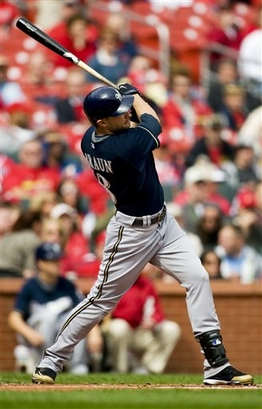 Ryan Braun got his 200th hit of the year via a home run Saturday, becoming only one of four Brewers to do so. Sunday, he stole his 20th base of the season also, becoming only the second Brewer to get 30 HRs and 20 steals in the same season. The other was Tommy Harper in 1971. 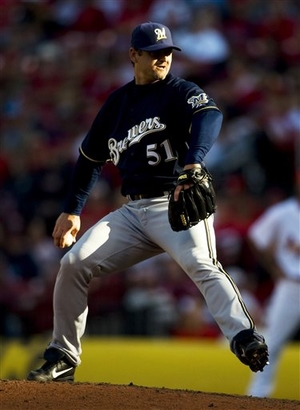 Trevor Hoffman kept things interesting Sunday afternoon, when he walked three batters in a row. He's "pretty close" to becoming a Brewer next season. EDIT: If you haven't seen the news, the Hoff is sticking around. (fanshot) 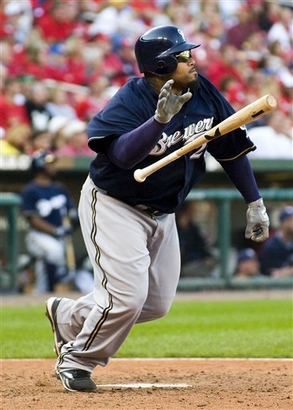 Prince Fielder hit his final home run of the season Sunday afternoon in the ninth inning. My favorite part about the HR was that it came right after Albert Pujols broke a record by getting his 185th assist of the season. Karma is a beautiful thing. 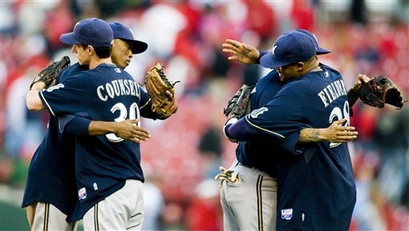 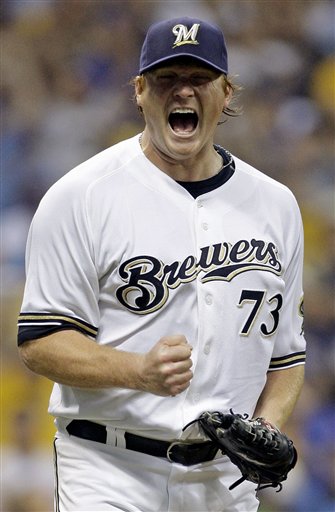 Oh, and I couldn't find any recent pictures of Seth McClung. :(  This is one of my favorite pictures of McClung from last season. (If you haven't visited, it's also the background on Seth's twitter page)

All pictures, except for the one featuring McAwesome, are from Yahoo! I wanted to apologize for the recent lack of KPotW posts. My classes have proven to be a little more rigorous than I had expected.