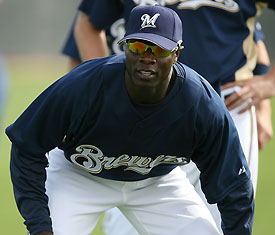 Let me preface this with a disclaimer. In the grand scheme of assessing a hitter's value, strikeouts are pretty irrelevant. Cameron posted an OPS+ of 110 last season, and has posted an OPS+ over 100 in 11 of the last 12 seasons. But man, he strikes out a lot.

Sammy Sosa hasn't played in the big leagues since 2007, but also has not officially retired. Griffey is also unsigned for 2009 but appears to intend to play.