Behind door #9 we find...Mark DiFelice! 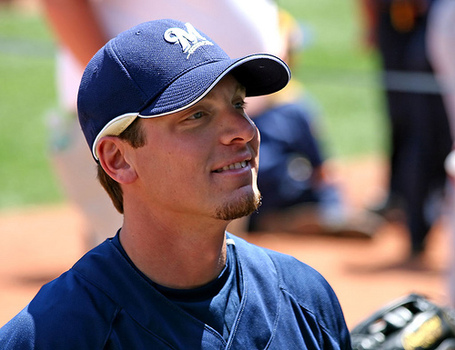 It took Mark DiFelice 10 minor league seasons and 4 organizations to get there, but he made it to the big leagues in 2008 and put together a nice debut season. DiFelice was shelled in his debut at Fenway (three runs on five hits in one inning), but after that he settled down and posted a 1.50 ERA in 18 innings the rest of the way.

All told, even including the rough outing at Fenway, DiFelice posted an ERA+ of 153 for 2008. Only six players in Brewer history have posted a higher ERA+ in their ML debut season: