Less than a week remains until pitchers and catchers report. Behind door #6 we find...Seth McClung! 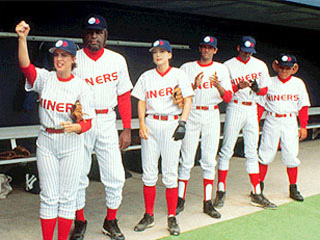 Here are some other noted baseball-playing Klingons, although none of them are from West Virginia.

There's probably no one on the web who loves Son of Clung as much as we do here at BCB, which is why I wanted to make sure we mentioned him today, on his 28th birthday. McClung was born on February 7, 1981 in Lewisberg, West Virginia, and has grown up to become one of just 51 West Virginians to pitch in the major leagues, and only the second Brewer: