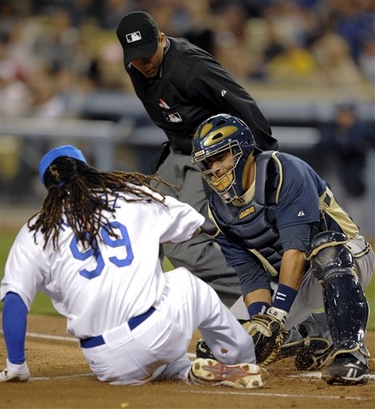 Mike Rivera surprised himself yesterday by actually playing and tagging out Manny Ramirez. 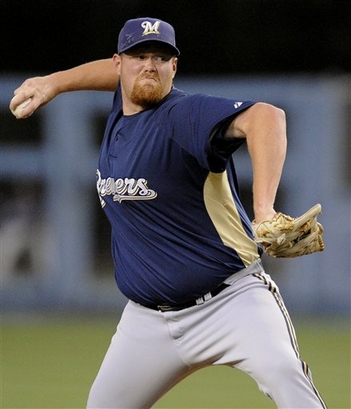 Not the usual cup o' joe, but this pitch from Todd Coffey would probably wake you up. As a side note, when I learned that he was in no way related to Juan Valdez, a little bit of me died inside. 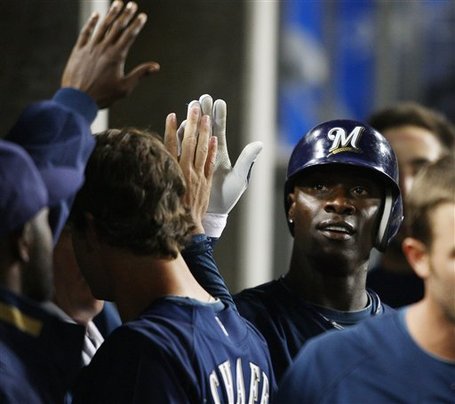 Mike Cameron gets a high five after a two-run RBI in Friday night's game. Note: this is the only photo featured not taken from Yahoo! but instead from our new partnership with AP. 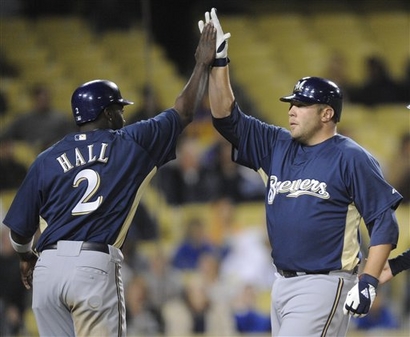 Brad Nelson gets a well-deserved high five from Bill Hall after hitting a three-run homer in the ninth to get the Brewers a win last night against the Dodgers. Nelson had a really good night.

This site has a lot of information on Bill Hall, the constant high-fiver. They linked to a story talking about Hall's future. It doesn't look so good to me either. Also, they've linked to my posts. Is this win?

The first big boy game is this Tuesday against the Giants at 3:05PM for those of us in the central time zone. It's slotted to be on MLB TV and FSN, so try and tune in. Enjoy the first week of regular season baseball!