So many pictures this week, so little time! 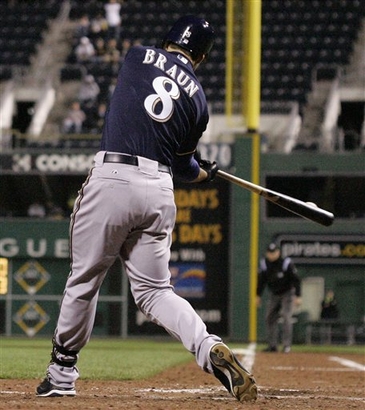 Ryan Braun doubles in Pittsburgh after making a grand entrance from my house an MRI in Milwaukee. 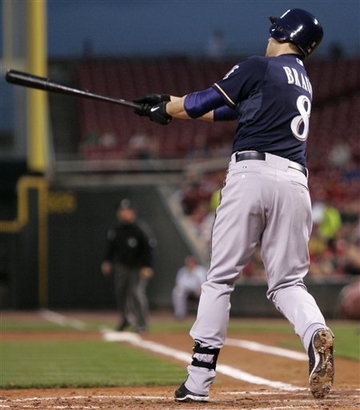 Braun's grand slam off Bronson Arroyo leads to a Brewers 15-3 win over the Reds. 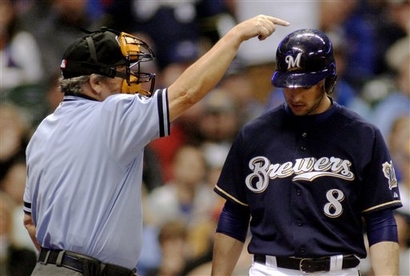 Yahoo says the ump was pointing to where Braun got hit. Could it be instead that he's pointing at the ballplayer bringing sexy back? 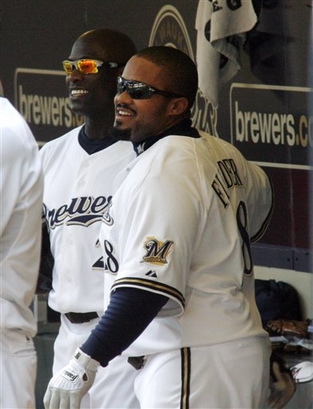 Corey Hart better watch out - Mike Cameron and Prince Fielder are going to corner the market on sunglasses-wearing MLB players, not to mention back-to-back HRs. 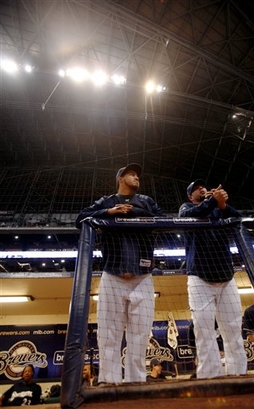 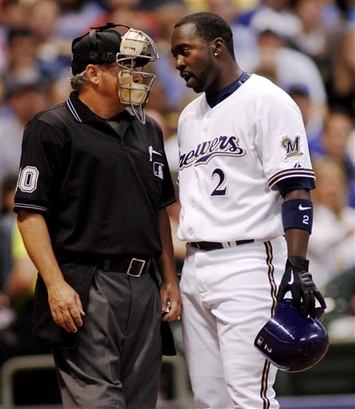 Bill Hall gets all up in this ump's face.

And, of course, who could forget the most important picture of the week... 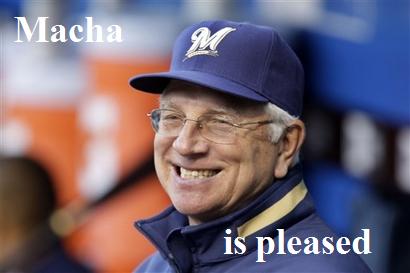 Hopefully, we'll be seeing a lot more of this.

All pictures this week are from the Yahoo! set. The game today starts at 1:05 CT and is the last homestand against the Cubs until late September. The next few times we face them, they'll have home field advantage, so let's try to make this one count!