Welcome to the one and only 2009 D3 World Series edition of the picture post!

Yesterday, I ventured out to Appleton and caught three of the four games scheduled in the Division 3 Championship games. For more information, see either this or this post from yesterday.

Here are my favorite pictures from the day. 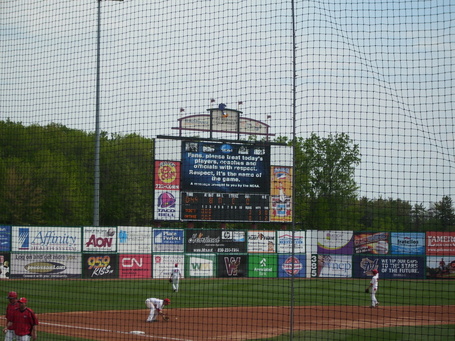 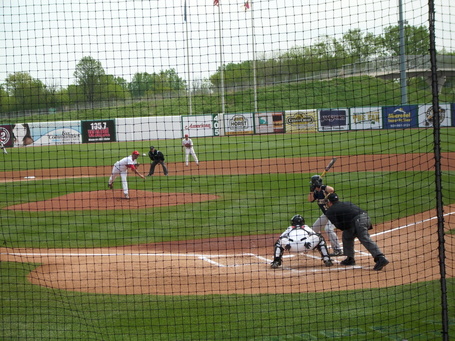 Mike Hughes of Carthage College catches in their 10-1 win over defending champions, Trinity College. I just like that his batting gloves are in either pocket. 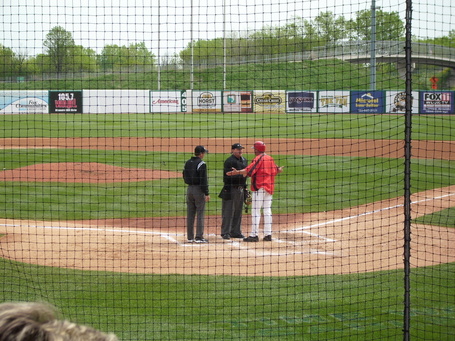 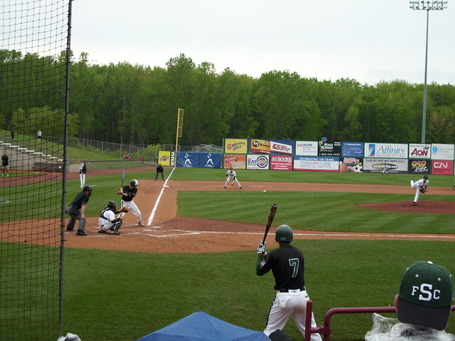 Matt Irsfeld from my hometown pitches for Chapman University, leading them to a 4-2 win over Farmingdale State. 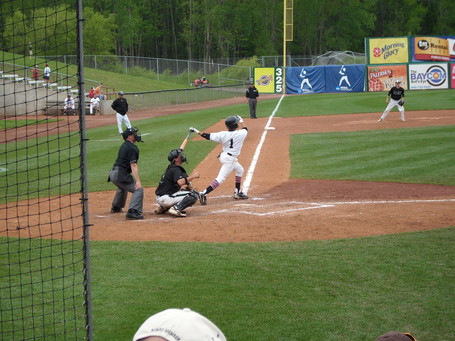 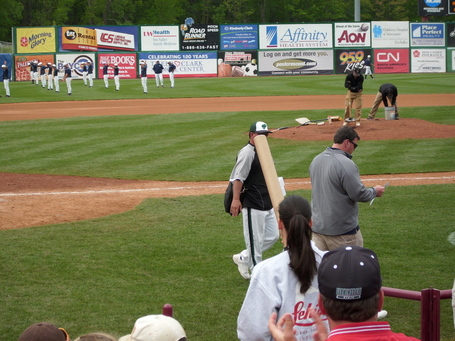 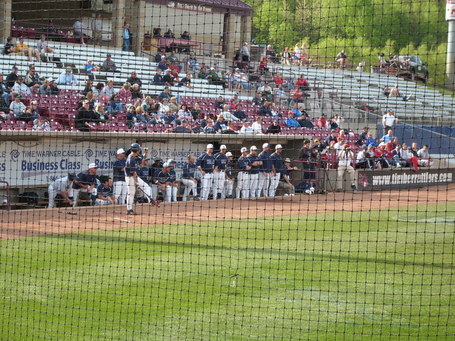 The Kean Univerity dugout was the loudest I've heard. There really aren't words to describe the hollering, screaming, and water throwing... at least until they were down by ten runs. 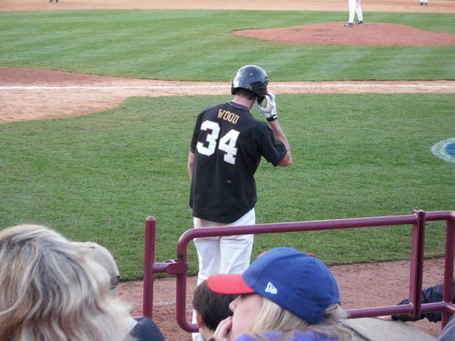 But that's alright, because Kean ended up losing to the College of Wooster. Pictured here is disrespectful player Chris Wood, who couldn't seem to keep his shirt tucked in. At one point, he tried, got it partially tucked, and gave up.

And now for my favorite part of the post - Spot the Sackmann! 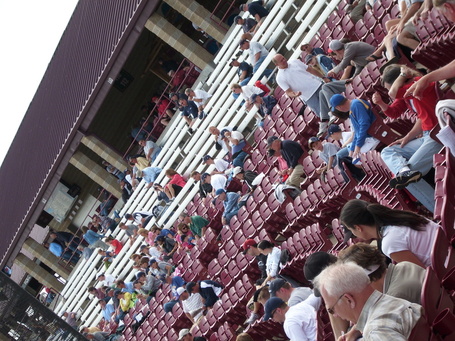 Sorry about the tilty angle of the picture. I couldn't let the subject spot me and ruin what was a perfect scouting site. If you want the answer, click here.

Hope everyone enjoyed this week's pictures. Keep your cameras handy, because just like Waldo, you never know where you'll find the Sackmann next!