Some things to read while mustering enthusiasm for a team on a losing streak.

Hidden behind the hoopla of the baseball draft is that the Brewers are on a bit of a slide, having lost a season-high four in a row and seven of their last ten. If you're looking for a silver lining, though, these losses are far from blowouts: Thursday's 5-4 loss to the Rockies is the 5th straight where the winning margin was by only one or two runs; by comparison, each of their 3 June wins were by three runs or more.  Plus, the rest of the NL Central has so far been unable to take advantage, with the Crew maintaining a half game lead in the division.

The loss at the hands of the Rockies continues what seems to me to be something of an anomaly: the Brewers have been involved in an inordinate amount of series sweeps over the last 6+ weeks.  Starting on April 27th, the Brewers have played in 14 series, and half of them resulted in a sweep.  Of the seven sweeps, the Cream City Crushers were the sweep-er 5 times and the sweep-ee only twice.

One person who isn't concerned about the Brewers' slide: Tim Brown at Yahoo! has the Crew at 6th place in his power rankings.  Tom Haudricourt isn't panicking either, though Michael Hunt says it can't get worse.

The Brewer faithful seem pretty optimistic: in a JSOnline poll of nearly 3000, 83% feel the Brewers will be in the postseason.

If you don't like the small ball, you'll love this promotion: starting on June 15th, the Brewers will play Dollars for Dingers: for each home run the Brewers hit from June 15-25, the team will deduct $1 from the price of a $28 loge ticket for the July 7th and 8th games against the Cardinals.  One week-long power binge, and we're talking free tickets.

Rambling Al smells a trade brewing, perhaps involving JJ Hardy for a starting pitcher.  You can make the argument that Parra is still with the main club because we don't have a head-and-shoulders-better replacement (all apologies to Son of Clung).  Al speculates that Erik Bedard might be a possibility, though Geoff Baker at the Seattle Times worries that trading Bedard would alienate the fan base.  I wonder: wouldn't Russell Branyan be an attractive sell-high candidate for the Ms?

Bernie's Crew and BrewerFan.net are also in on the speculation, and are thinking Bedard or Cliff Lee but not Jake Peavy.  There's also speculation that Melvin has a back-up trade in the works if the first one falls through, both for starting pitching.  The timing would be a little odd, given that our starters have been pretty good (though not pitching deep into games), and our offense has been struggling. (Oof.)

Peter Gammons has noted that former Brewer Minor League Player of the Year Nelson Cruz is "seemingly a lock" to make the American League All-Star team.  No, thanks, we'll upgrade to Kevin Mench.

Brian Anderson wants kids to know that each of them is special.  Remember, Dash, everyone is special...which means no one is.

Don't forget to vote the Brewers into the All-Star Game.  As of Wednesday, only Ryan Braun has enough votes to start, though Jason Kendall is 4th in the NL for catcher.  Voting ends on July 2nd; let's make a mockery of the ASG and get Jason in there.

Now that the draft is over, it's fun to pore over who we picked, like coming home from church on Christmas morning so you can play with your new toys.  You can access a list of all of our new can't-miss prospects here, including scouting reports for the top 5 players.  Two of our 53 picks hail from Wisconsin: Cullen Sexton from Stevens Point Area High School, with pick 1126, and Brad Schreiber from Kimberly High School, with pick 1276.  Tom H. is tracking other Wisconsinites who were drafted as well.

As you undoubtedly have already seen, Battlekow has started his terrific BCB Interview series, including one with top pick Eric Arnett.  Click here for a list of all of Tom Snyder's BK's interviews, plus one with pick 796 Felix Rutledge coming up later on Friday.

MLB.com writer Cash Kruth has noted one big difference between scouting director Bruce Seid from his predecessor: while Jack Zduriencik often went with high-ceiling/high-risk high school athletes, Seid seems to prefer collegians, who accounted for 21 of the Brewers' first 30 picks.

Adam McCalvey has a cute story on 12-year-old Aaron Ash, and his tryout as future Brewer scouting director.

If you like your prospects a little older, Between the Green Pillars is scouting some of the bigger names in our minor league system.  Last week was Cody Scarpetta.

Ever wanted to pick the brain of Zack Minasian, the Coordinator of Pro Scouting/Manager of Minor League Personnel for the Brewers? Well, here's your chance.

On deck, the Brewers resume interleague play at home against the White Sox.  Jeff Suppan takes on Clayton Richard, game time 8:05.  The game is on in HD on FSN.

Good luck trying to get to sleep when a big trade might be in the works. Drink up! 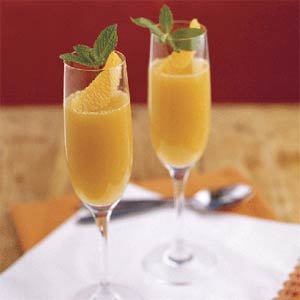