Tristarscoop's Pictures of the Week

Share All sharing options for: Tristarscoop's Pictures of the Week

Kirbir's on vacation, so I'm filling in for her this week. She usually covers a week's worth of images, but last night's amazing walk-off win was so full of cool shots that this post may be a little heavy in that direction. As always, images from Yahoo! 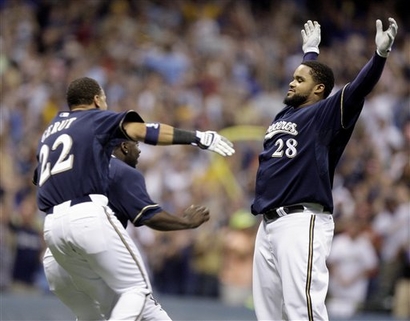 Prince waits at second base to get mobbed after doubling in the game winner Saturday night. 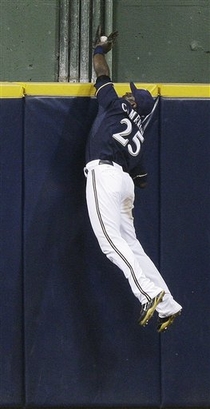 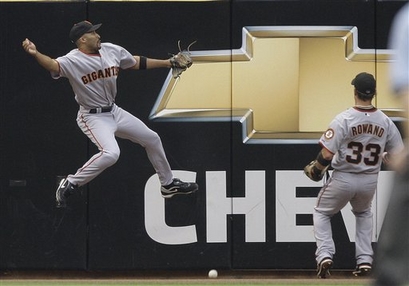 Gigantes Aaron Roward and Randy Winn played a little game of "which way did he go" when they misplayed a Mike Rivera double. 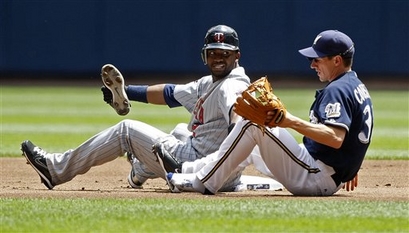 Craig Counsell was upended by Denard Span of the Twins, losing his shoe (and some feeling in his knee) in the process 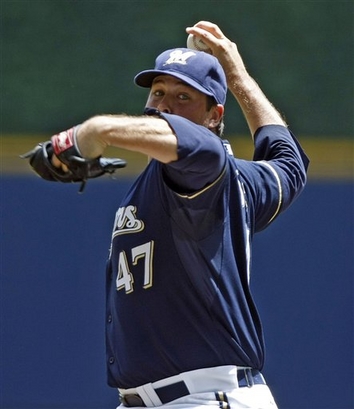 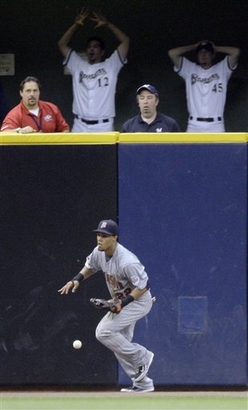 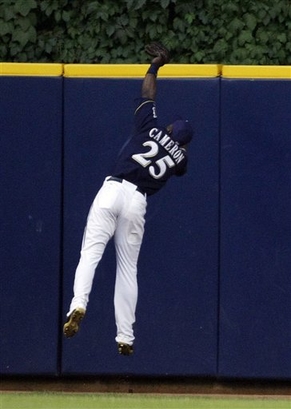 Last night's robbed homer wasn't the only catch Cam made at the wall this week. He also robbed Carlos Gomez of a hit during the Twins game on Tuesday.