So, if you read the Mug a few days back, you'd know that our fearless leader was going to witness the battle between the Timber Rattlers and the Cedar Rapids Kernals this past Thursday. I had the great pleasure to join him in Appleton for the day. We sat in the third row back right behind home plate. Aside from the fact that my camera died near the last half of the game, I managed to take some pretty fun pictures of our future Brewers. 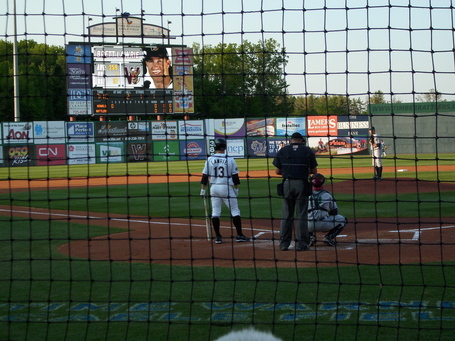 Lawrie waits while the ump examines a ball in the bottom of the first. Later on, the same ump would be hit two times in a row by a Cedar Rapids relief pitcher. 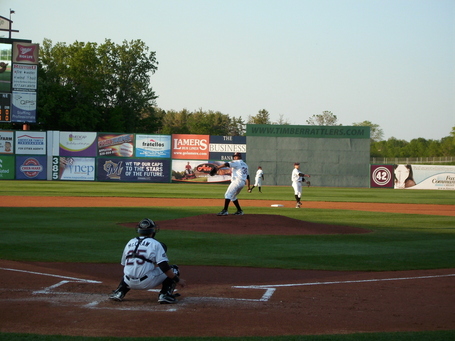 Wily Peralta warms up just before the game starts. Sean McCraw is catching and Brett Lawrie is there in the background. 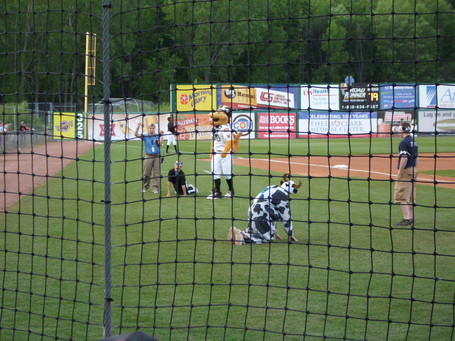 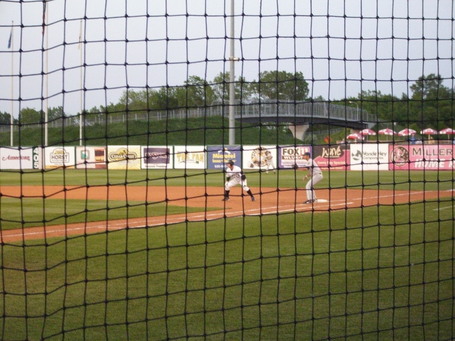 Brett Lawire leads off first base after getting the first hit of the night. 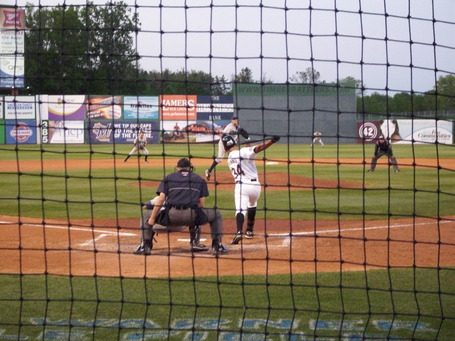 Chris Dennis swings away on a pitch from Ryan Chaffee of the Kernals. 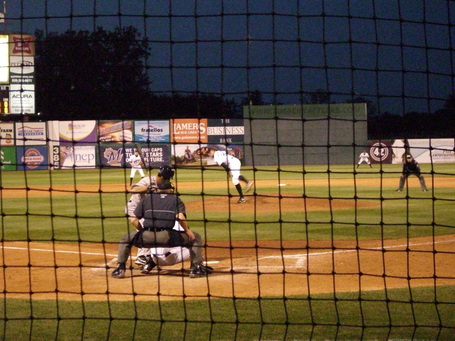 Nick Tyson comes in to pitch for just a short bit of an inning, but ends up draining my camera of battery life.

I definitely have to say that the best part of the game was what follows: 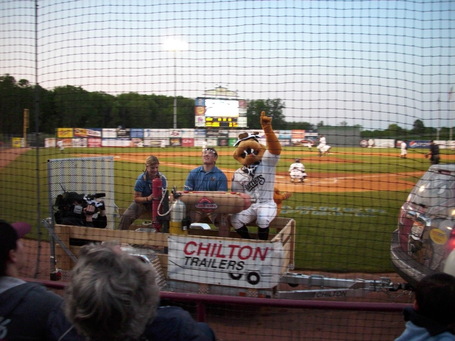 Fang is trying to tell me that the Bratzooka has just launched something in my direction. In fact, the sausage bounced off my leg about the time that my camera finally got the picture. Later in the game I would also be hit in the shoulder by cheese curds. 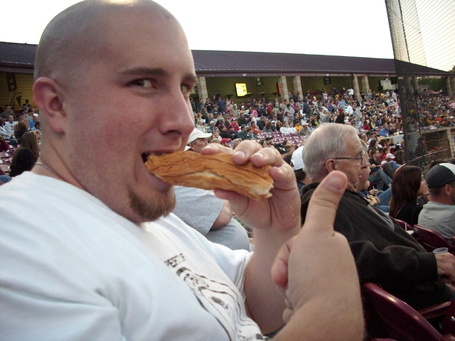 After struggling with some packing tape, KLSnow enjoys the deliciousness that is a free sausage. New celebration picture? I think so.

While the game ended with an 8-0 loss against the Kernals, it was still a ton of fun. I'm sure that company had a lot to do with that one though. Everybody join me in congratulating newlywed KLSnow!