We're going to try something a little different this week - putting the pictures below the jump. Feel free to let me know how you feel about this little experiment in the comments section.

The Brewers have gone 3-7 in the month of July, and 2-4 since the last pictures post, but that doesn't stop the cameras.

Follow the jump for more nonsense! And also pictures! 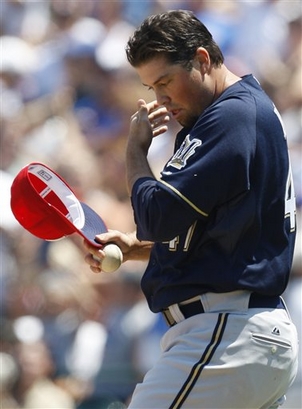 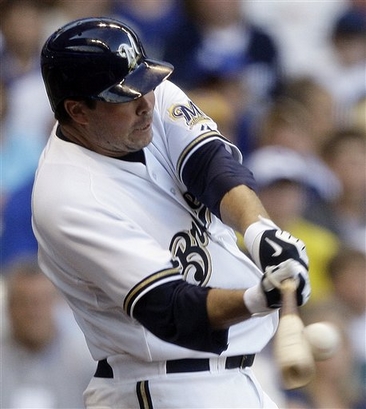 A much happier Burns gets his first major league hit and RBI in Saturday night's win against the Dodgers. 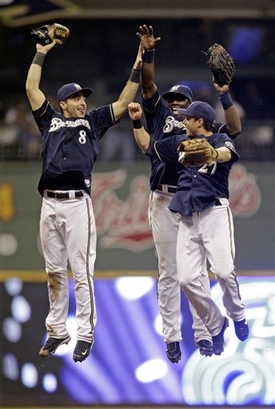 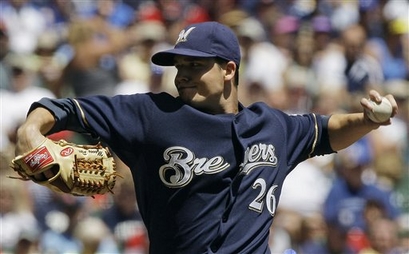 Big dog Manny Parra came back from boarding school with a bang.

I guess it is worth noting that Manny Ramirez is back from his suspension too, despite what this sign seems to say.

Your Milwaukee Brewers play today at 1:05pm in their last game before the All-Star break. Prince Fielder will be taking part in the State Farm Home-Run Derby sometime after 7pm Monday night. The actual All-Star game will start Tuesday night at 7pm. Don't forget to tune in and root on Ryan Braun and Prince Fielder!