Welcome to the special All-Star edition of PotW!

Milwaukee's own Prince Fielder won the Home-Run Derby Monday night, despite predictions by everyone and their dogs (with the exception, of course, of our dear KL and Gorman) that Albert Pujols would blow the competition out of the water. I know that I personally loved watching Prince's adorable kids run around all excited-like.

Pictures and more All-Star nonsense after the jump! 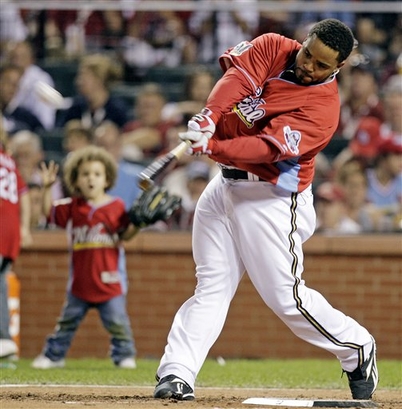 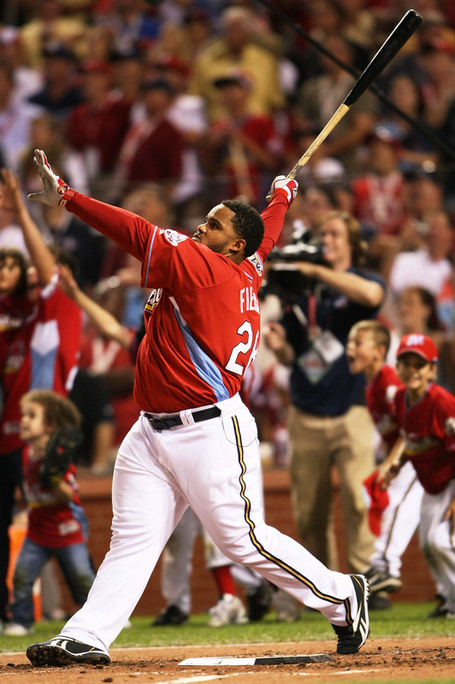 That's one that should be made into a Fathead: Prince hits the winning twenty-third homer during the derby Monday night. 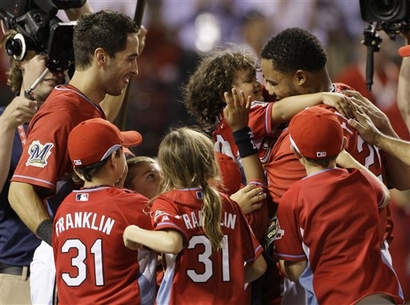 It's easy to see why Prince is such a hit with the kids when you watch him with his own. 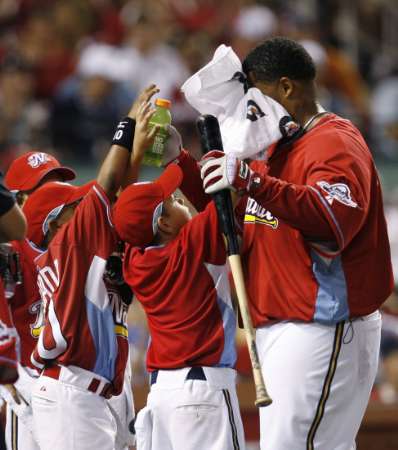 This was just about my favorite part of the HRD (just short of Prince winning, of course). 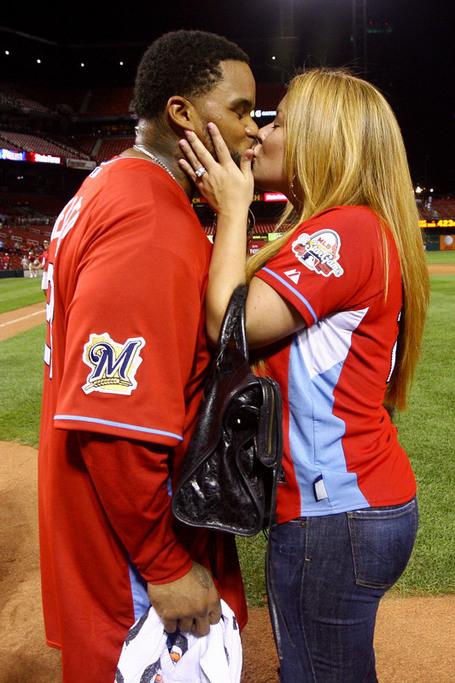 Prince gets a well-earned congratulations from his wifey. 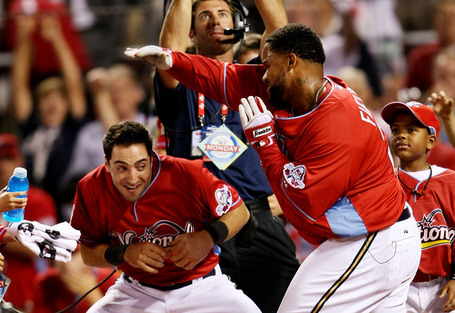 As much as it is fun to only look at the pictures of Prince celebrating his win, there were some other worthy pictures from both the All-Star Game itself and the rest of the week. 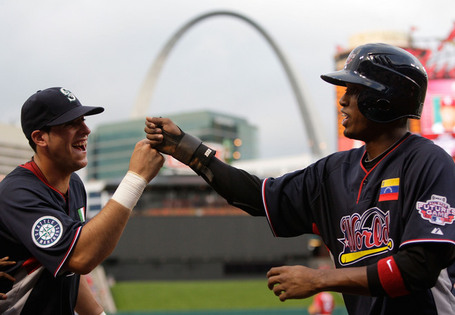 Alcides Escobar hit a homer during the Futures game! 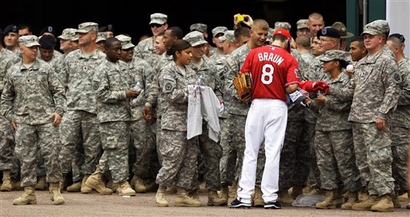 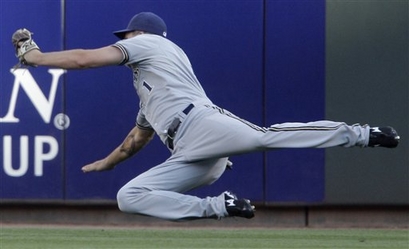 Corey Hart does ballet to make an out in Friday night's loss to the Cincinatti Reds. 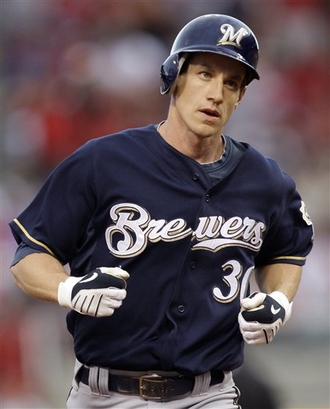 Craig Counsell (!) hit a homer in the game against the Reds last night. 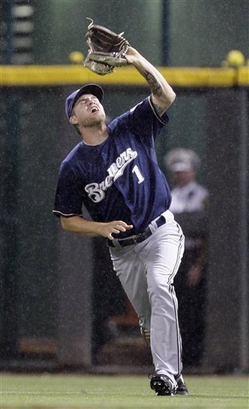 Corey Hart acts out his favorite Herbal Essences commercial shortly before the rain got to be too much last night.

Thanks for bearing with the unbelievible amounts of pictures this week. While the National League lost the All-Star Game, Prince Fielder grabbed the spotlight and pointed it towards Milwaukee once again. Here's to a great second half of the season!