This week wasn't full of winning, but it certainly was full of good pictures, especially ones from Saturday night's retro uniform game. I was at Friday night's game, so there are a few pictures from that one too. The best picture of the week, however, was already covered by our very own tristarscoop. 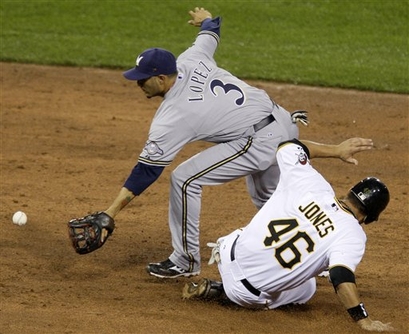 Felipe Lopez showed us what he can do... 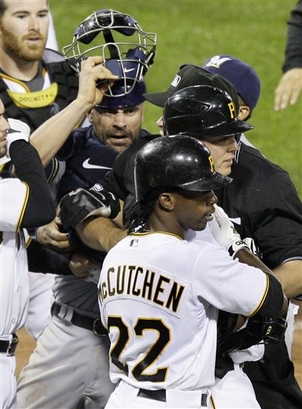 While Jason Kendall showed that a fight with Jeff Karstens takes a lot of GRIT... 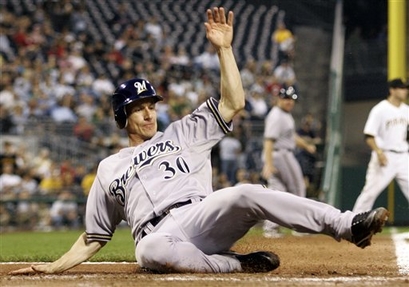 Craig Counsell showed why he's the perfect candidate for the next Bernie Brewer... 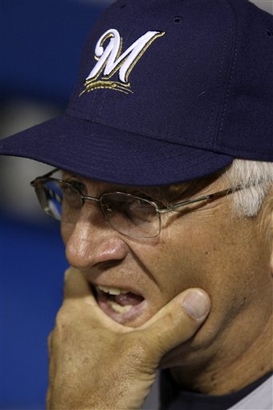 And Ken Macha debated whether or not to win more games. 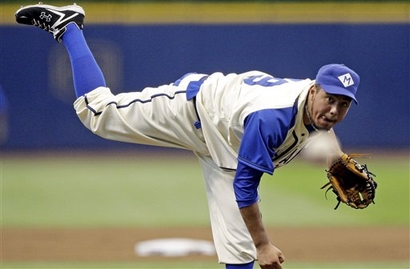 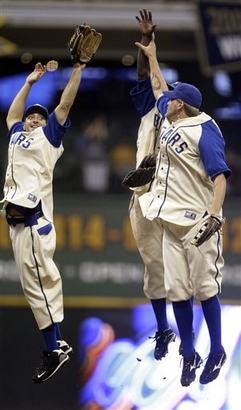 Here we see the ol' fashioned retro jump, not to be confused with a television show of yesteryear. 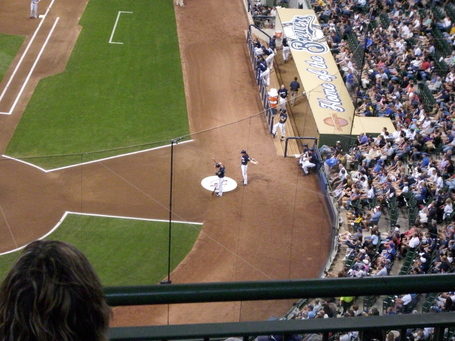 There was an awful lot of GRIT on deck this week, as Kendall and Counsell led the lineup for a few games. 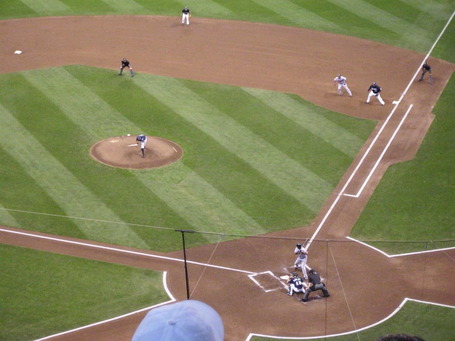 Manny Parra in action. He threw pretty well Friday night, despite the loss. 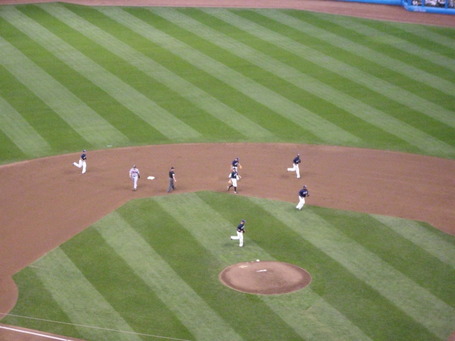 This was just after the 4-3-6-3-4 double play that allowed Yunel Escobar to score. Other than the run, the double play was amazing.

Tomorrow, we play the Washington Nationals (30-68). They won their last two games against the San Diego Padres, so it'll interesting to see how the next few games go.