I hope that everyone had a fun and safe fourth. Hopefully the hangovers don't make you miss the game today. Since the one yesterday was so explosive, I figure these are the only pictures worth looking at. 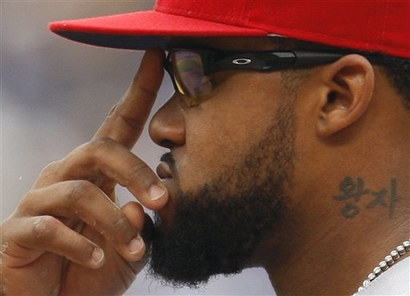 Prince Fielder prepares for battle against the Cubs. 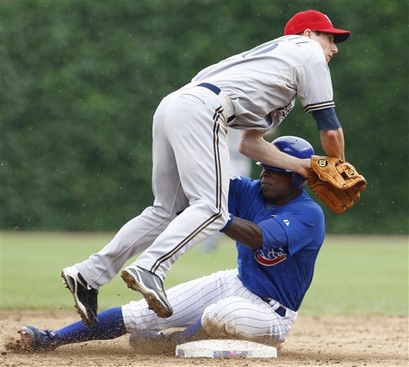 Craig Counsell takes down Soriano after forcing him out. 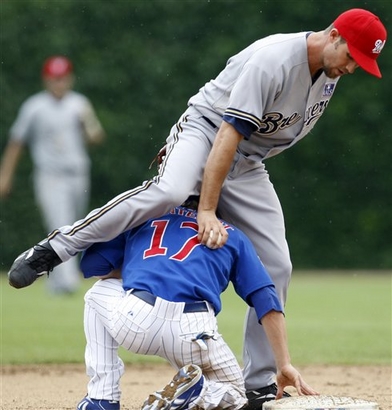 JJ Hardy forces out Fontenot while trying to show more GRIT than Craiggers. 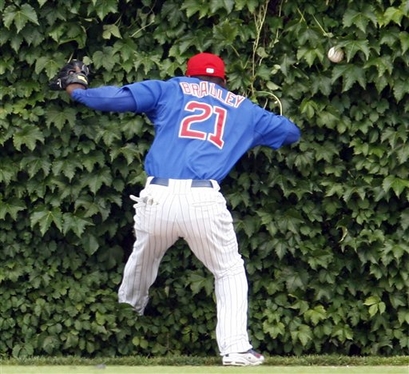 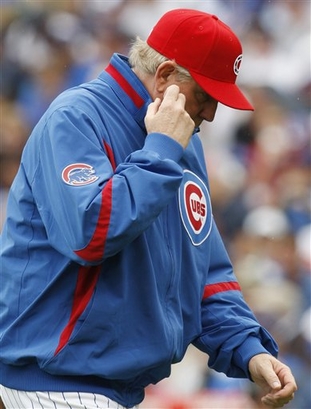 The game today starts at 1:20pm. It's the last game against the Cubs before coming home for a six game homestand against the Cardinals and the Dodgers.