Future of the Franchise?

Share All sharing options for: Future of the Franchise?

Got a surprise when we arrived at the Timber Rattlers game tonight and Lorenzo Cain was in the lineup. The news broke about 6pm, from what I can tell, so his arrival was a surprise to pretty much everyone, including the uniform guy, who didn't even get a chance to put Cain's name on the back of his jersey. 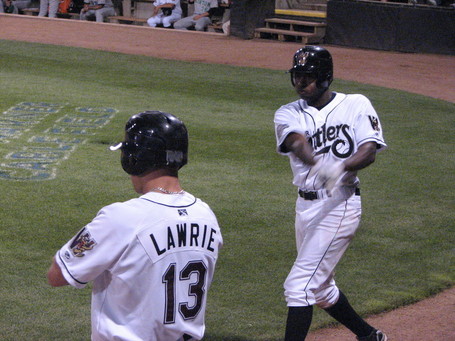 The best part was seeing two of the biggest prospects in the system hitting next to each other in the lineup. As they both warmed to bat in the bottom of the ninth, it was seemed like a perfect photo-op to capture the possible look of the 2012 Brewers lineup.

Cain was in the three hole and Lawrie batted cleanup behind him. Each guy was 1-4 with run. Lawrie's hit was a double and he also had a walk.

Since we just had Kirbir's pics, those who are dying to see the swings of Cain and Lawrie in action, follow the jump for a few more pictures from the game 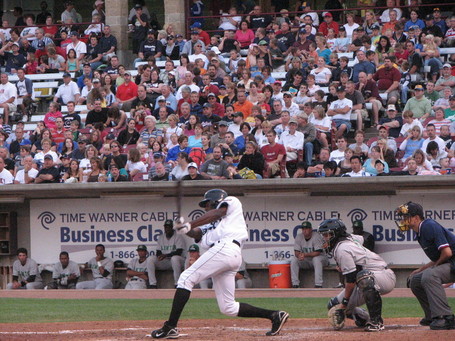 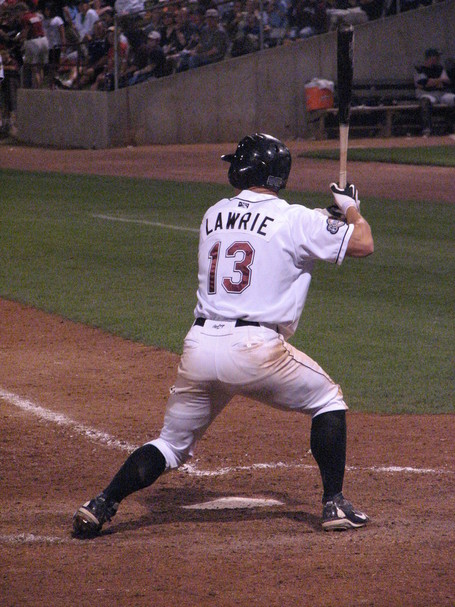 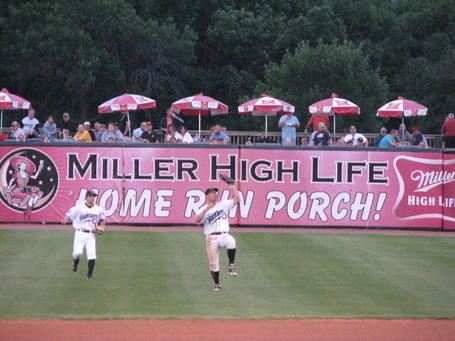 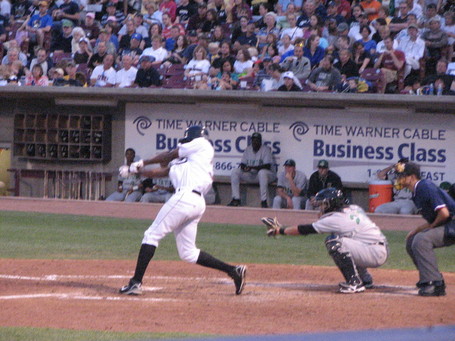 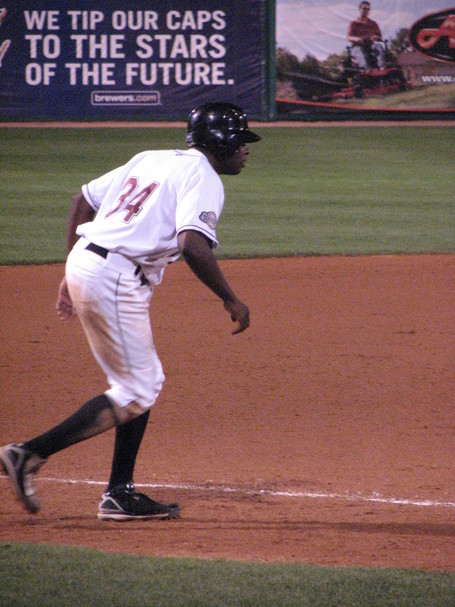