So this week saw a lot going on for the Brewers. JJ Hardy was sent down to Nashville, Bill Castro was fired, and Bill Hall was designated for assignment. The team also won three games in a row for the first time since sweeping the June 15-17 series against the Cleveland Indians.

Follow the jump to see this week's news in pictures! 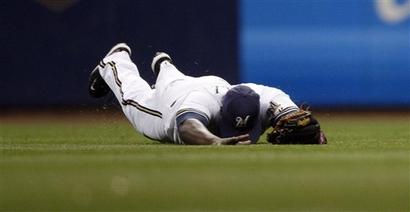 This will probably be the last time that Bill Hall gets featured as a Brewer in PotW. I wish it were a better picture, but there are reasons for the moves that Brewers management made. Bill Hall will have to do it all for another team in another stadium. I feel a Goonies moment coming on:

Don't you realize? The next time you see sky, it'll be over another town. The next time you take a test, it'll be in some other school. Our parents, they want the best of stuff for us. But right now, they got to do what's right for them. Because it's their time. Their time! Up there! Down here, it's our time. It's our time down here. That's all over the second we ride up Troy's bucket.

If Bill Hall does end up leaving the Brewers system, I want to wish him luck. I hope that, wherever he ends up playing, he gets enough time and help to do it to the best of his ability. 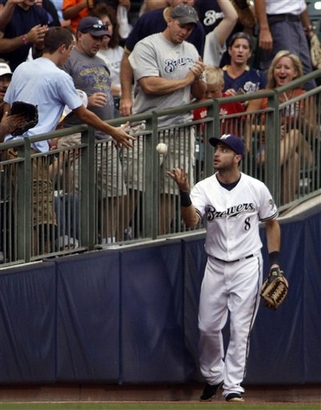 Ryan Braun has balls and he shares them with his fans... who all seem to be guys right there. Ewww. 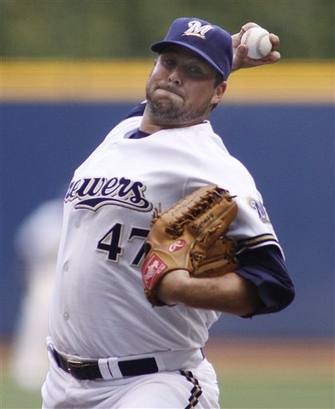 Mike Burns pitched very well last night, leading the Brewers to a 6-2 victory over the Houston Astros. He deserves a beer, or at least a pat on the back. 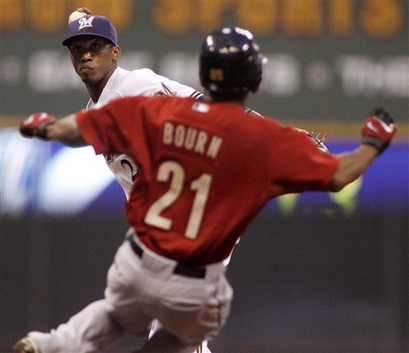 Alcides Escobar forces out Mike Bourn for the last out of the game. I wasn't sure he was going to make the play, but now I'm a little more confident in his abilities to play than I was in Hardy's, at least at this point. 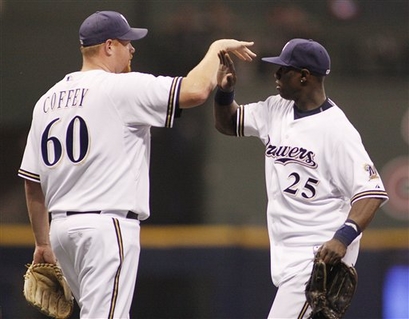 The ever-refreshing Todd Coffey gets a congratulatory whatever-this-is from teammate Mike Cameron. 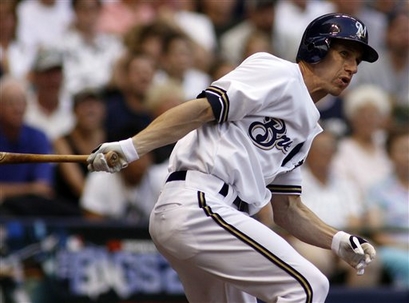 The defense never does it alone. Craig Counsell had three RBIs last night and scored a run himself. 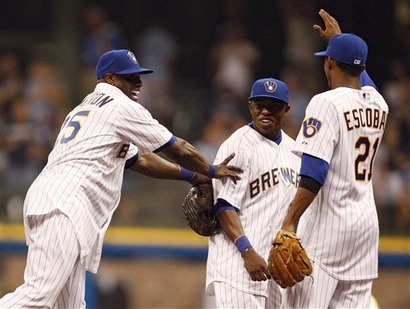 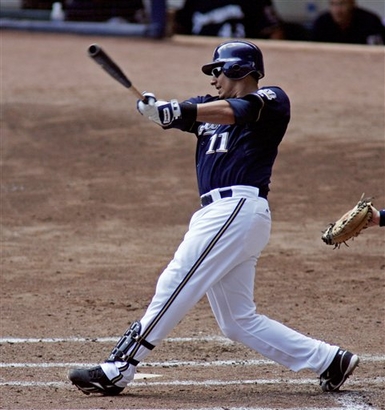 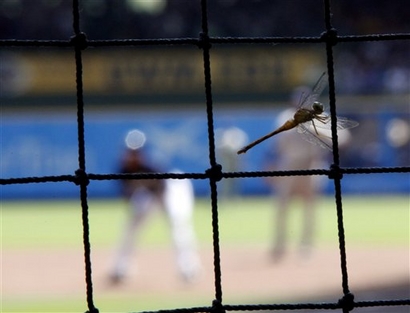 All pictures from Yahoo!