Our Brewers just can't seem to catch a break. Unfortunately for them, that usually means that the camera shutters click more rapidly than normal, eager to catch the angry strike outs and frustrations that come along with losing games. I don't really want to focus on that negative publicity too much though.

Follow the jump for more nonsense and perhaps pictures too. 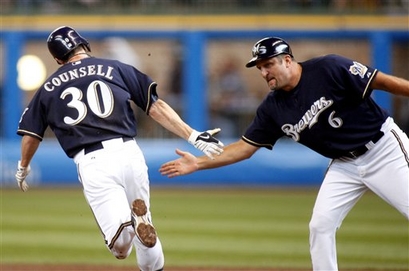 Craig Counsell (!) homered for the fourth time this season Thursday afternoon against the Washington Nationals. 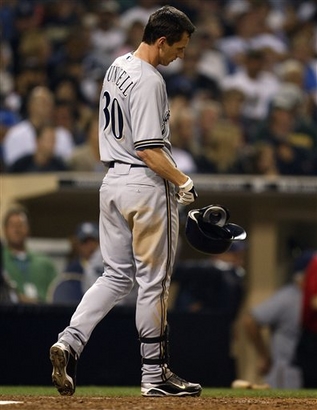 Unfortunately, Counsell ends up being the victim of the sad picture trend when he strikes out against the Padres. 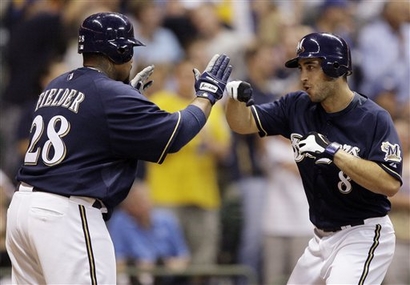 Ryan Braun is congratulated by teammate and child-attractant Prince Fielder after hitting a 2-run homer against the Nationals. 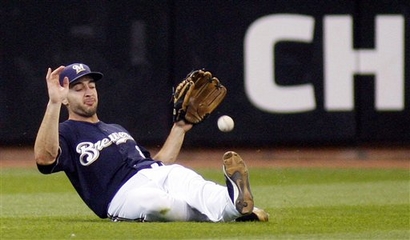 And later, Braun shows off his amazing swagga with a slide. 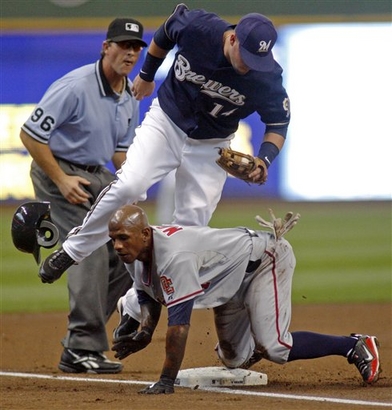 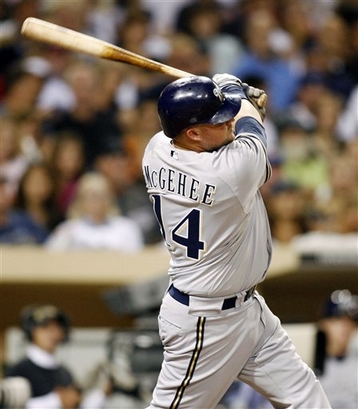 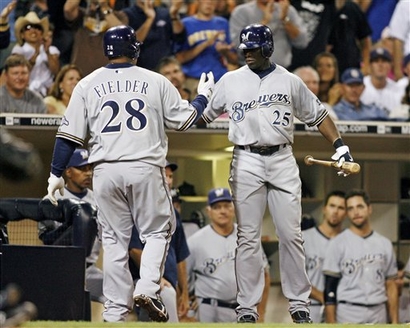 McGehee wasn't the only one to hit a solo HR last night. Here, Prince returns to the dugout after his jog around the bases. 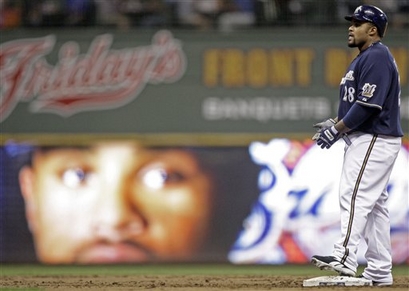 It's not really surprising that the first baseman has the power to hit a home run. He can watch himself get on base with ease. 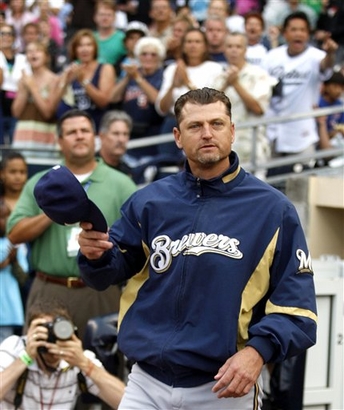 Probably the coolest part of the west coast trip so far was to see the fans in Petco Park give former Padres closer Trevor Hoffman a standing ovation and tons of love.

Did you know that the Brewers are 4-12 on Sundays? While losing seventy-five percent of the time sounds like the Brewers of late, I'm thinking we need to find a way to win. Otherwise, expect a change in picture post day if it helps the team win. With that said, go crew go!