For the last two weeks now, the Brewers have lost their weekday games, only to win Friday and Saturday. It was a nice change to see Brauny and Fielder fail to perform last night only to have their slack picked up by the rest of the team. Craig Counsell even said so last night. As an odd aside, did anyone else know Craiggers had an IMDB page?

Also in the exciting news category, Dave Bush is back!

Follow the jump for actual pictures and more discussion on the starter we missed... 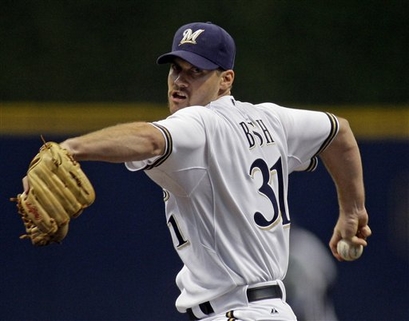 Dave Bush's new song could be ACDC's "Back in Black." He returned to the majors Thursday, throwing 92 pitches. Unfortunately, his ERA rose to 5.88 as he couldn't quite make it through the fifth. 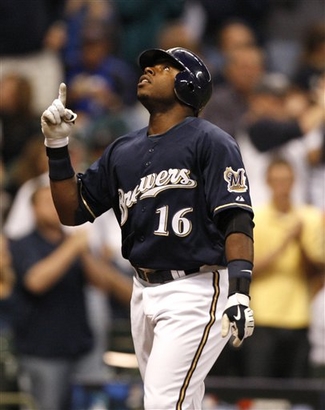 On Friday night, Jason Bourgeois hit his first home run since being called up to the majors to help the Brewers win by two runs. 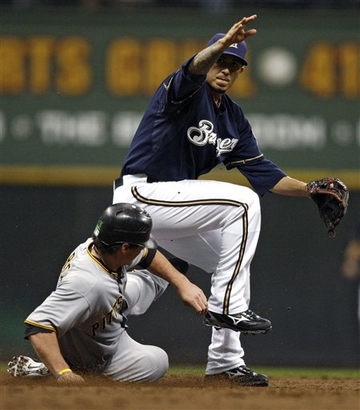 This picture captures Felipe Lopez after he decided he needed to sit down. 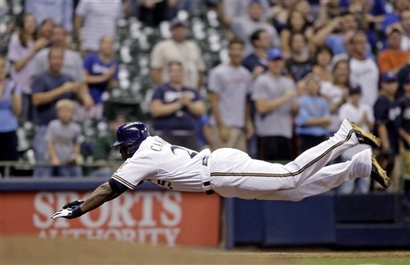 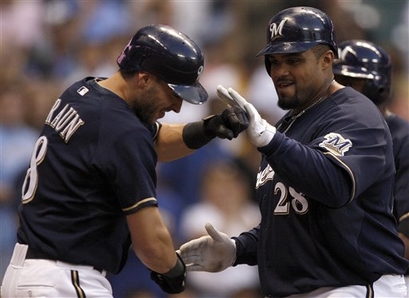 And, of course, here's the obligatory Prince Fielder/Ryan Braun congratulatory punch-fest shot. Of course, this isn't from last night when the dynamic duo was 0-5.

Here's a fun thought: six out of our next nine games are against the St Louis Cardinals and one Albert Pujols. This could get interesting. I plan on untucking maliciously when possible.

Pictures from Yahoo! but not Yoo-hoo.