Just two days ago now, the Wisconsin Timber Ratters played their final home game of the season. If that wasn't enough of a draw already, it was fan appreciation night complete with $1 soda, beer, and hot dogs - not to mention the fireworks... which weren't supposed to include showing up on the kiss cam, but that was a nice surprise.

This season, the T-rats were able to top a quarter of a million in attendance. Tomorrow night, the T-rats play their final game of the season against the Beloit Snappers. 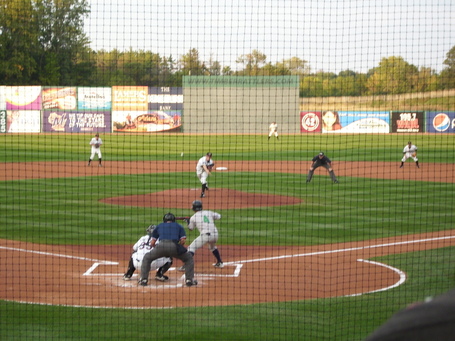 Trey Watten (5-14) faces Alexi Armarista of the Cedar Rapids Kernals in the top of the first inning. 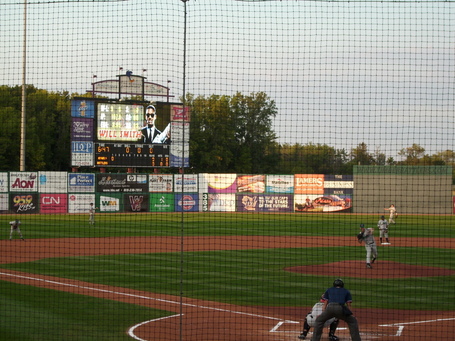 Will Smith (10-5) gets jiggy with it in Time Warner Cable Field. 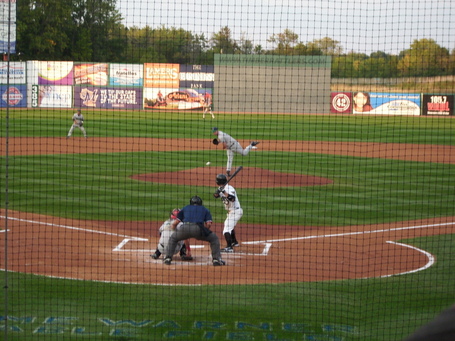 Peter Fatse waits patiently for Smith to throw a ball or two. 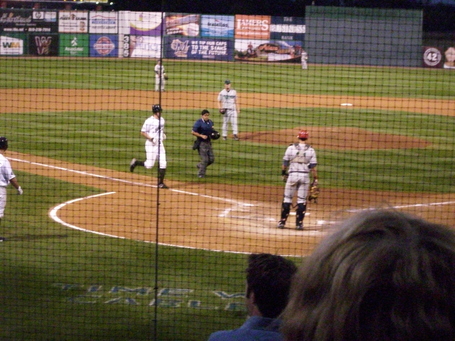 Brock Kjeldgaard hits a home run for the T-rats Friday night. It was his twentieth of the season, but the only one in the last ten games. 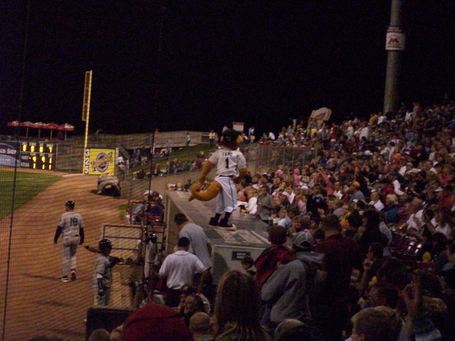 Our beloved Fang leads the crowd in a wonderful rendition of YMCA. 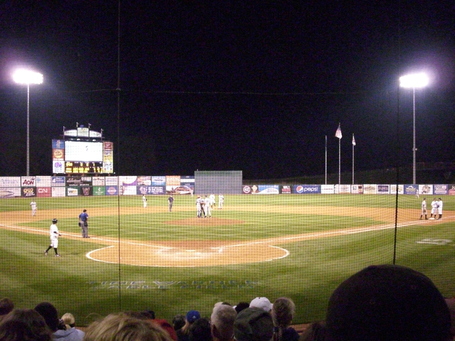 The T-rats got the bases loaded towards the end of the end. They even ended up scoring another run, bringing the score to 5-2. However, it just wasn't enough to get back into the lead.

Hopefully the Timber Rattlers can win their final two games of the season.