Share All sharing options for: "Milwaukee" away jerseys announced

The Brewers' alternate "Milwaukee" away jerseys were finally announced today, though a birdie tells me they've been on sale in the online team store for a little while. They do not currently show up in the store, so I'd imagine they realized their mistake. 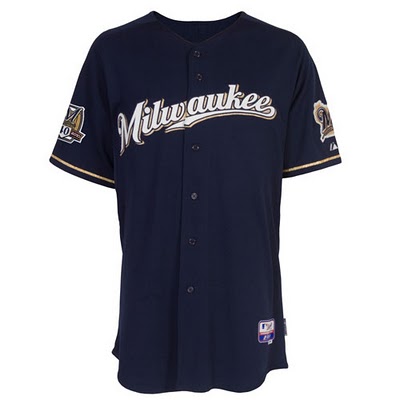 The jerseys are not permanent replacements of the road greys, but will be used periodically throughout the year. 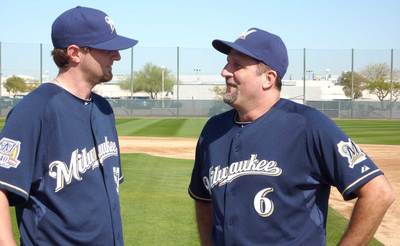 McCalvy also reported that jerseys were available at both Miller Park and Maryvale and customers would receive a pair of game tickets with purchase .