For those of you new to the site, this post is what it sounds like - a fun collection of Brewers pictures from the past week. Also, I'm always open to fun pictures from other BCB members, so keep your cameras handy!

Spring training finally started this week, after a long and semi-eventful off-season. The Brewers lost some, won some, and we saw the first arbitration for the Brewers this millennium.

For the first pictures from spring training, follow the jump!

All pictures are taken from Yahoo! 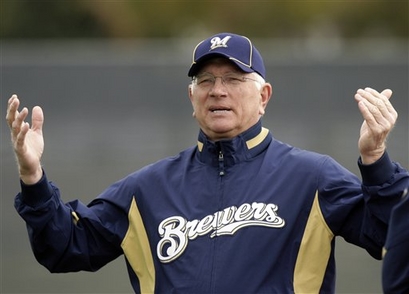 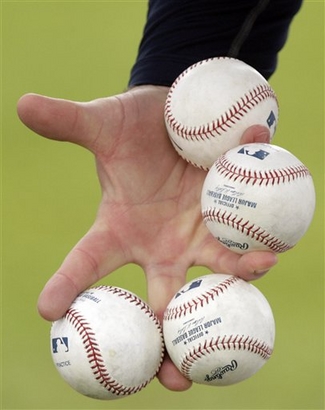 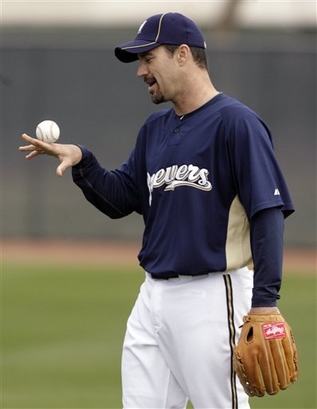 Not to be outdone, Jeff Suppan shows off what he did during the off-season. 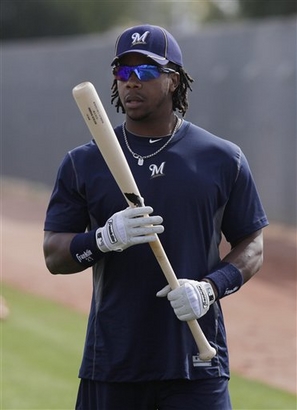 Rickie Weeks shows that he's anxious to get back in the game FINALLY. 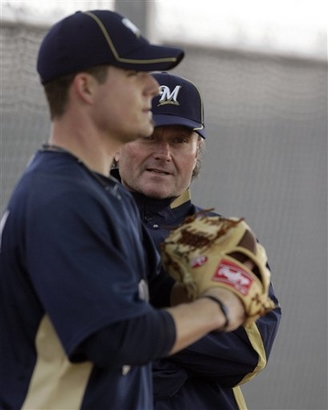 Manny Parra gets some instruction from pitching coach Rick Peterson. 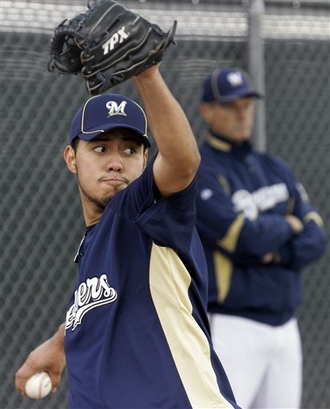 Yovani Gallardo warms up what could be the Brewers most important pitching arm this season. 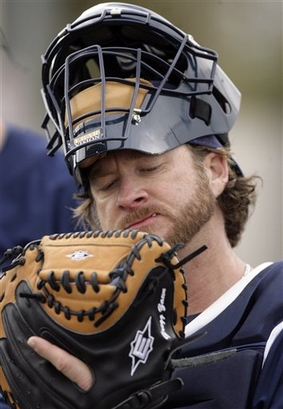 Gregg Zaun tries to be GRIT-y, but we'll see if he's a fitting replacement for Jason Kendall. 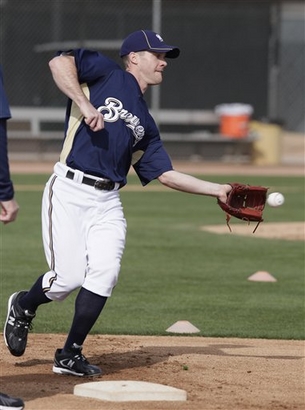 Dave Bush works on getting back into shape after injuring his arm last May. 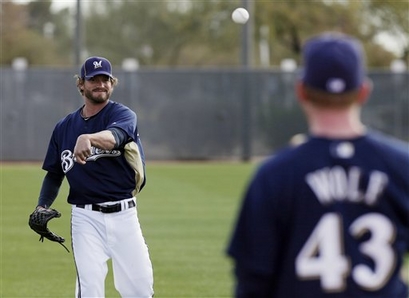 New additions Scott Schoenewies and Randy Wolf warm up together. Too bad JJ Hardy isn't around to help. 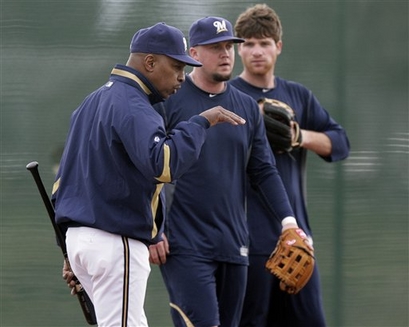 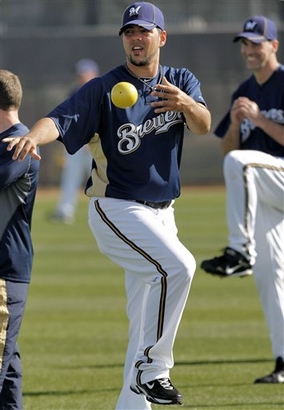 Carlos Villanueva tries out for the Brewers production of A Chorus Line. 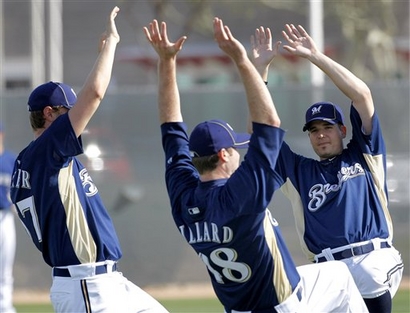 And, of course, what would sports be without the wave? Mitch Stetter, Tim Dillard, and Manny Parra hope we never find out.

All in all, this season looks to be a promising one, at least in pictures. This season also makes me a little nervous. It'll be interesting to see how both Rickie Weeks and Dave Bush perform after their arm injuries last season. And it could possibly be the final season the Brewers have Prince Fielder.

In a change from last season, PotW will be posted on Saturday mornings - just in time for cartoons right? If you do want to send in pictures, just make sure to email them to be by Friday nights.

Have a great weekend!