The Brewers have won only one out of their five games this week. On the upside, there is only a week of spring training left, with the last game next Saturday, April third.

Interestingly enough, for losing three games and drawing another, there were an awful lot of celebratory hand gestures this past week... but none of them pictured were between the dynamic duo of Prince Fielder and Ryan Braun. What in the world is going on?

Today's pictures are from SBNation/AP. 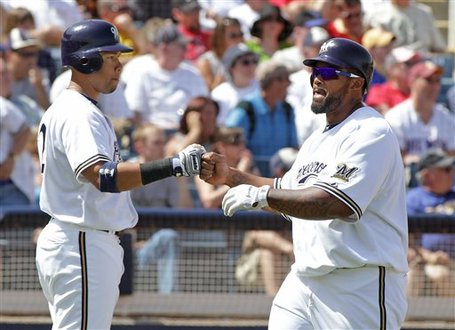 Prince Fielder tries out the fist-bump with Jody Gerut Friday. He doesn't look too pleased with Gerut's enthusiasm. 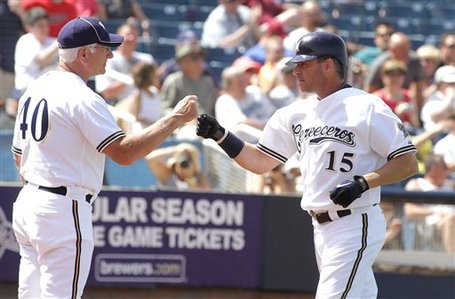 I wonder how long it took Ken Macha to learn how to fist-bump. Nonetheless, he and Jim Edmonds share a non-emotional, manly moment. 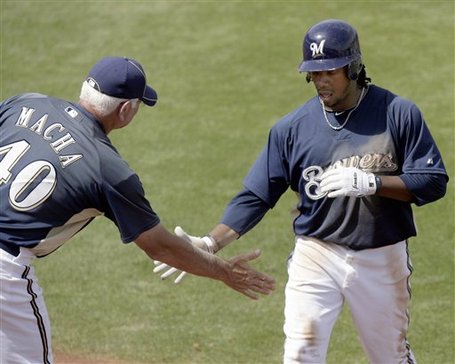 Macha even went in with a low-five for Rickie Weeks earlier in the week. 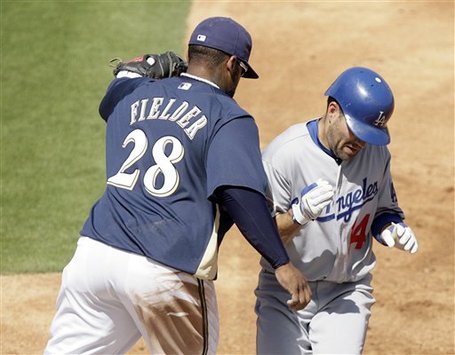 There is not ever going to be a perfect caption for this picture that doesn't involve Prince being a bully. 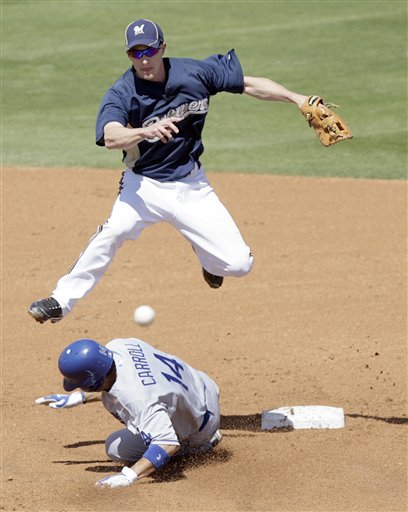 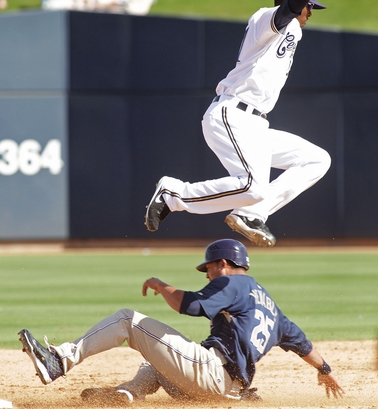 Alcides Escobar tries, but does not even come close to the awesomeness of Craiggers.