It's been an interesting week of training. Prince Fielder got plunked by Barry Zito of the Giants Thursday and the Brewers lost to Ben Sheets and the Oakland Athletics Friday. Maybe it's just me, but it seems like starting Sheets against the Brewers gave the Athletics the upper-hand. I mean, how were the Brewers supposed to know that Sheets can still actually pitch?

All pictures from Yahoo! 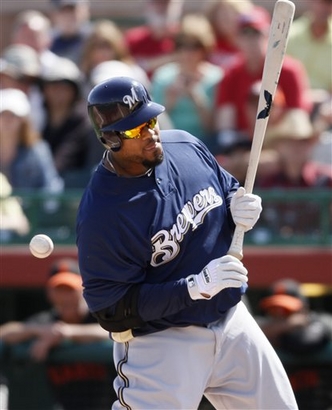 There's nothing like a good plunking to start off spring training games. 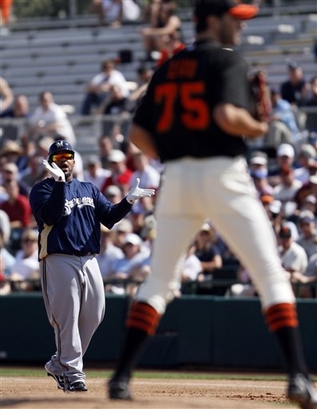 Despite being hit, Prince didn't react too badly. He says it's because he's working on growing up. 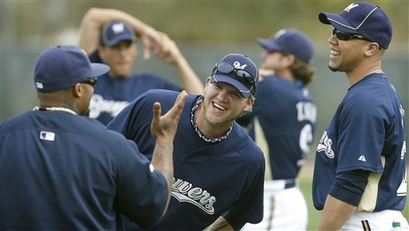 Still, you can't expect the guy not to be silly with teammates Corey Hart and Jody Gerut. 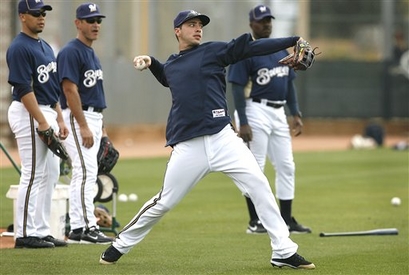 In lieu of the problems the Brewers have had with pitching, Ryan Braun is trying to learn. For the sake of the team, let's hope that the bullpen stays strong. 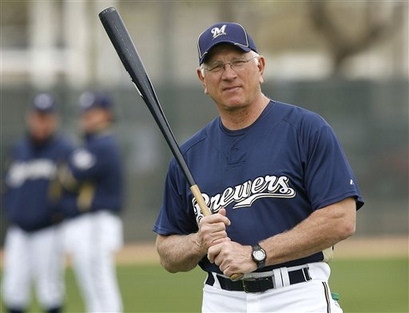 Ken Macha takes a note from Stalinist Russia and uses fear to rule his team. 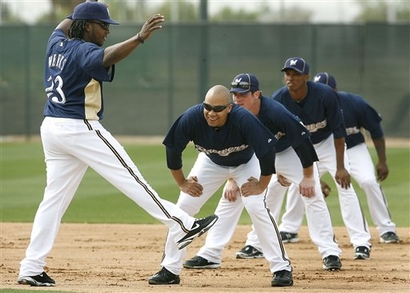 In an effort to bring more agility to the team, Rickie Weeks tries to teach his fellow teammates some dance moves. 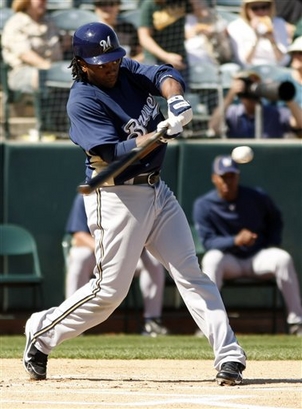 Weeks had three at-bats with one hit and one run in Friday's loss to the Athletics. It's good to have you back, Rickie. 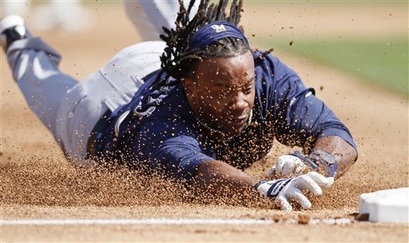 This picture has to be my favorite from the past week. Weeks was trying to steal third but got tagged out.

Despite losing both games this week, it seems like the Brewers are off to a good start. In case you're wondering, there's only roughly 710 hours until the season opener against the Colorado Rockies at Miller Park.