I'd like to whine about our loss to the Cubs las night. But I'm too happy about the fact that the Brewers had won four games in a row for the first time this season. Also, I'm too apathetic. (On a related note, sorry for the absence of posts the past two weeks. Senioritis apparently likes to bleed into everything you do. Go figure.)

Pictures this week are from SBNation and Yahoo! 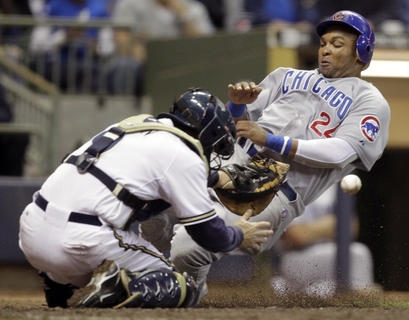 Gregg Zaun tries to keep a Byrd away from home only to lose his grip on the ball. 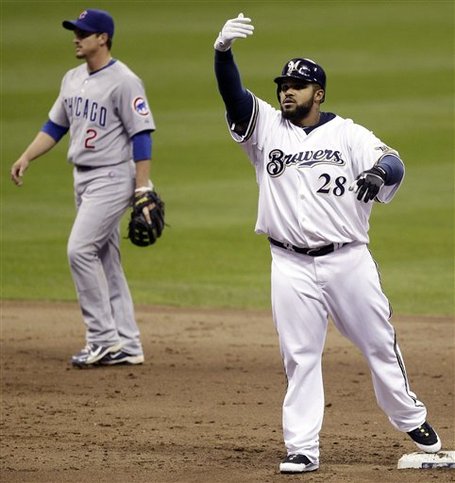 Prince Fielder argues for his home run, to no avail. 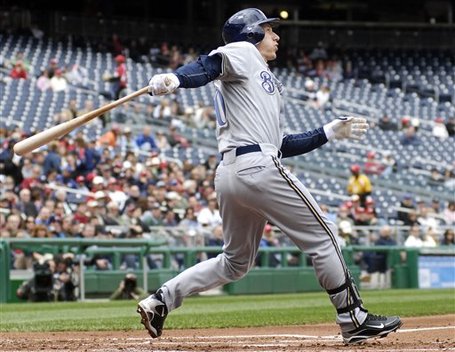 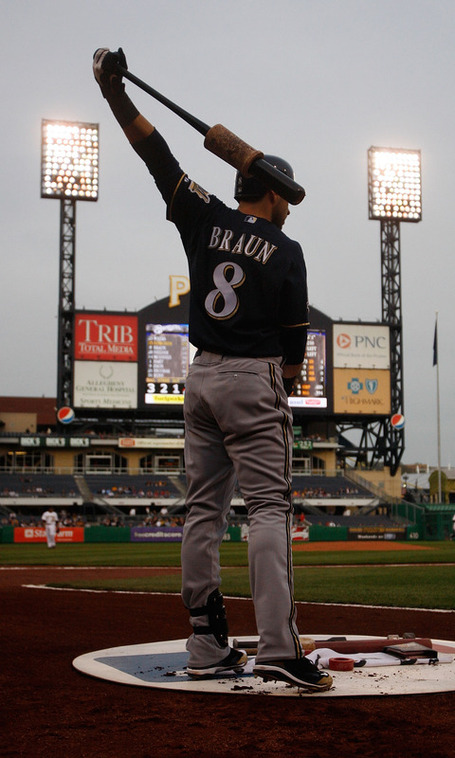 I'm sorry, I'm too distracted by this picture to actually think of a caption. 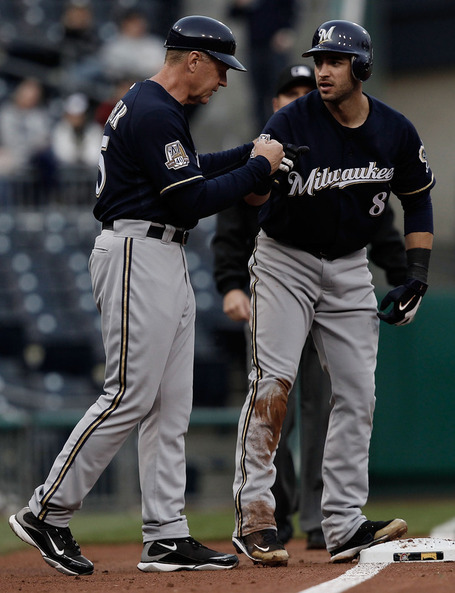 Brad Fischer asks Ryan Braun which Remetee is right for him. 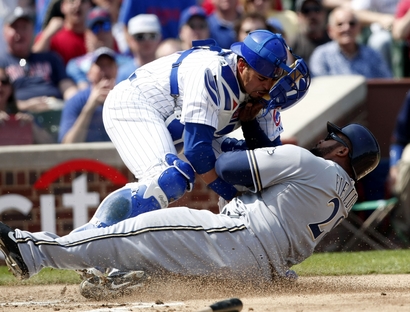 Prince gets a suckerpunch to the gut from Soto, who seems to be losing his mask.

I'm going to the Timber Rattlers game on Sunday, so expect some pictures of Brewers minor leaguers next week!