There are so many exciting things going on for the Brewers lately! The Food Network is adding signature dishes to suite menus this season. That's not all though. Those attending Miller Park will now be parking in lots named after famous players. A new team store will be opening on the terrace level. They've even made it possible for fans to see the controls for the roof. (h/t Journal Sentinel)

Oh, and also, the Brewers won their first game at Miller Park last night. Hopefully this is a sign of great things to come this season.

Follow the jump for pictures and the results of last week's poll! 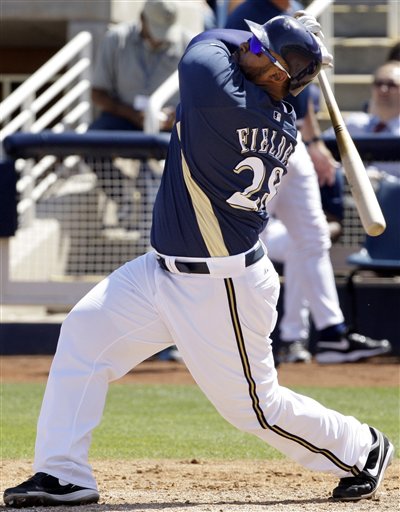 Prince Fielder hits a grand slam in Wednesday's win against the Cubs. 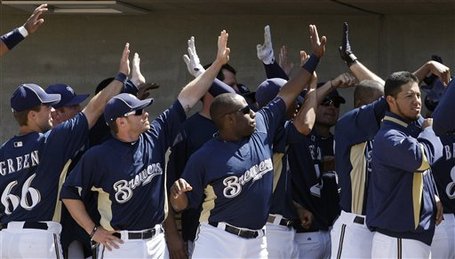 Prince gets mobbed with celebratory congratulations. 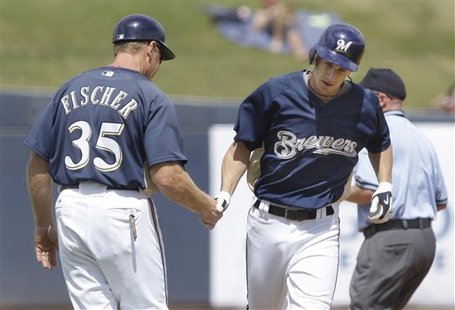 Craig Counsell gets a lesser congratulations for his home run Thursday against the Diamondbacks. 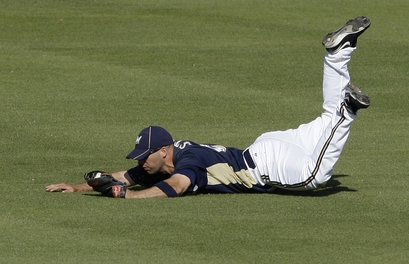 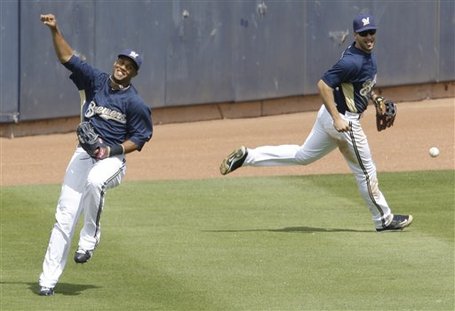 Ryan Braun and Carlos Gomez frolic in the outfield Thursday. 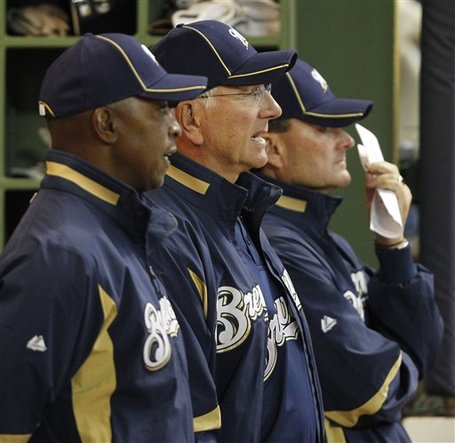 Here are the results from last week's poll about the lack of Prince/Braun celebration pictures:

43% think it has to do with Prince's distaste for Remetees
28% believe it has to do with the opening of Braun's new restaurants and the lack of invitations for Prince
20% think there's nothing to worry about, citing the lack of correctly placed cameras
And finally 7% believe Macha was playing around too much with the line-up, forcing the two apart

Have a great weekend!