Since we are so close to Opening Day 2010, I thought it might be fun to look back at the first decade of Brewer openers this morning. Enjoy!

36,000 people showed up to County Stadium to watch the Brewers get blanked by the Angels 12-0. The following day, the Brewers had less than 8,000 fans in the seats to watch game 2. Manager Dave Bristol filled out the inaugural Brewer lineup in the following fashion:

The first pitch thrown by a Milwaukee Brewer was thrown by Lew Krausse. Krausse came over from the A's with Ken Sanders for Seattle Pilots all-star Don Mincher. Krausse shown below with battery-mate Jerry McNertney, will be throwing out the first pitch at Miller Park in 2010 to help celebrate 40 years of Brewer baseball. 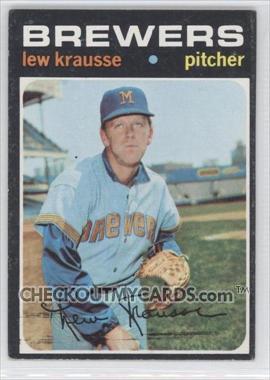 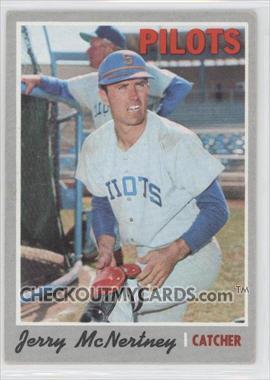 Steve Hovley registered the first hit for the Brewers in their short history, however Andy Messersmith only allowed 3 more hits in shutting out the Brewers for the Angels. Krausse only managed to get through 3 innings as the Angels racked up 14 hits against the Brewers.

One year later, Dave Bristol took the Crew on the road to battle HOFers Harmon Killebrew and Rod Carew and the Twins at Metropolitan stadium. Marty Pattin got the opening day assignment for the Brewers (Pattin was the OD starter for the Pilots as well), while the Twins countered with Jim Perry.

The Brewers roughed up Twins pitching, scratching out 12 hits. In the top of the 4th inning, Andy Kosco (shown below) scored the first opening day run for the Brewers with a solo home run off of Perry (also an OD first). Marty Pattin went the distance for the Brewers, scattering 9 hits. 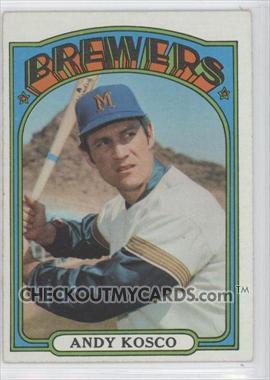 In 1972 the Brewers traveled to Cleveland Stadium to take on Gaylord Perry and the Tribe. Although the Brewers won this game, manager Dave Bristol would be fired after a 10-20 start, and Del Crandall would eventually be hired as Bristol's replacement.

Bill Parsons, (shown below) got the start and the win for the Brewers. Parsons would go on to finish second in the 1972 ROY voting to Cleveland's 1b Chris Chambliss. Ken Sanders got the 3 inning save, and Ron Theobald and Dave May both homered for the Crew. 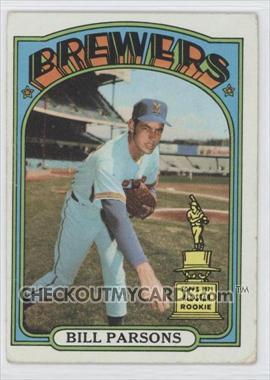 This lineup was the first Brewer lineup to not have any former Seattle Pilots. (Former Pilot Mike Ferraro did make an appearance in the game).

Del Crandall was at the helm for the first game in 1973, as the Brewers traveled to Memorial Stadium to play the Orioles. The Brewers were no match for Earl Weaver and Dave McNally.

Dave McNally only gave up 3 hits in his complete game shutout. Don Baylor and HOFer Brooks Robinson provided the fireworks as Robinson took the Brewers deep twice, and Baylor hit a HR, a 3b and two 2bs.

Although starter Jim Colborn (shown below), got roughed up in his first start, he would go on to win 20 games for the Crew in 1973, helping the Brewers crack the 70 win plateau for the first time (74). As a side note, I do not think a lot of Brewer fans are aware that Gorman Thomas's first OD start was in 1973, and would probably guess his first start took place in the late 70s. Also Ollie Brown was penciled in as the first Brewer DH, he went 0-3. 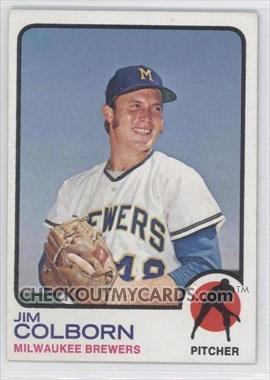 In 1974 the Brewers returned home to face Luis Tiant and the Boston Red Sox. Starting for the Red Sox were former Brewer Tommy Harper, and future Brewers Cecil Cooper and Bernie Carbo.

Jim Colborn got roughed up early and often, getting the hook in the 3rd inning. The Brewers, powered by a John Briggs HR, were leading 8-7 going into the 7th inning, however HOFer Carl Yastrzemski hit a 2 run blast off of reliever Kevin Kobel to deliver the win for the Red Sox. HOFer Robin Yount made his first of many OD starts in 1974.

In 1975 the Brewers would head to Fenway Park in a rematch against the Boston Red Sox. The change of venue did not help the Brewers, as Luis Tiant was able to shut down the Brewers on his own. Ultimately, the Brewers would fall under the 70 win mark again, and manager Del Crandall would be fired at the season's end.

Longtime Brewer pitcher Jim Slaton got hit hard in his first OD starting assignment, getting pulled in the 3rd inning.  Sixto Lezcano (the greatest Milwaukee Brewer ever) got his first OD start, and recently crowned all-time HR champion Hank Aaron made his return to the Brewers. Robin Yount HR'd for the Brewers in the losing effort.

Billy Martin and the eventual 1976 AL Champs showed up to County Stadium to take on the Brewers in the season opener. Alex Grammas was now at the helm for the Brewers as Del Crandall had been fired at the end of 1975.

Slaton (shown below) shut the Yankees out on 4 hits, marking the first OD shutout by a Brewer pitcher. Hank Aaron made the most of his last OD start in his career, going  2 for 3, driving in 3 runs against the Yankees. 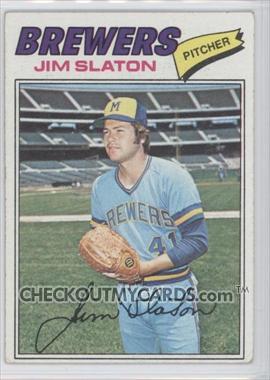 In 1977 Alex Grammas took the Brewers to Yankee Stadium where they would be pitted against HOFer Catfish Hunter for the 2nd straight year. After getting blanked in 1976, Catfish and the Yanks returned the favor by shutting out the Brewers 3-0.

Lefty Bill Travers pitched well for the Brewers, but was out-dueled by Catfish Hunter. The Brewers only managed 5 hits (Von Joshua had 3), and Jim Wynn homered for the Yankees. Wynn would be released by the Yankees in July, and then signed by the Brewers, where he ended his career in 1977.

1977 marked the arrival of Cecil Cooper, who was traded for long-time Brewer 1b George Scott and Bernie Carbo.

Jim Wohlford and Jamie Quirk made the start for the Brewers, after being acquired by the Brewers for Darrell Porter and Jim Colborn. 1977 would also mark the last season for manager Alex Grammas who would be fired after 2 sub-70 win campaigns.

In the off-season GM Harry Dalton, tapped the Orioles for pitching coach George Bamberger, bringing him aboard to manage the Brewers. Bambi's Bombers made quite the splash on Opening Day in 1978, crushing Baltimore 11-3, in front of 47,000 fans at County Stadium. After winning only 65 games in 1977, not many Brewer fans could have dreamed that this team would go on to win 93 games in 1978.

Milwaukee area native Jerry Augustine got his first OD start for the Brewers, and he held the Orioles to 3 runs in 8 innings. Sixto Lezcano drove in 4 runs with a HR, and off-season free agent Larry Hisle (shown below) made a big splash hitting his first of 34 HRs that he would hit in his MVP-caliber campaign in 1978. 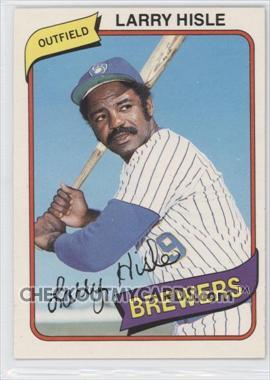 Noticeably absent was SS Robin Yount, however, future HOFer Paul Molitor held the fort down at SS, getting his first hit. As a side note, Lenn Sakata was probably one of the slickest fielders I can remember as a Brewer, he didn't last long in Milwaukee, as he was traded to Baltimore, but Sakata was blessed with some of the fastest hands Milwaukee has ever seen. 1978 would also mark the return of Gorman Thomas to the OD starting lineup, after his initial start in 1973.

In 1979 the Brewers traveled to Yankee Stadium to face Cy Young winner Ron Guidry. Guidry had an amazing season in 1978, only losing to 3 pitchers, one of them being Brewer lefty Mike Caldwell. Caldwell took the ball for the Brewers and out-pitched Guidry again giving up only 1 run in 9 innings.

Caldwell managed to get through 9 innings without either walking or striking out a batter, he would accomplish the same feat later in the season against Cleveland. The Brewers chased Guidry out of the game in the 6th inning after giving up 4 runs.

This team would go on to win 95 games for Milwaukee in 1979, and gave the Brewers fans a lot of hope for the 80s, and if we learned anything from God of War 3, hope is really really important.