Alcides Escobar seems to be in constant flux as to whether or not he's wearing high hose. Based on photographic evidence, I can say he did not have the high socks on April 16, but did have them on the 20th and 24th. He did not have them on April 25th or May 4th, but was back to sporting them on May 8th and had them on at home for the Braves series.

On May 4, Alcides had on the long pants. 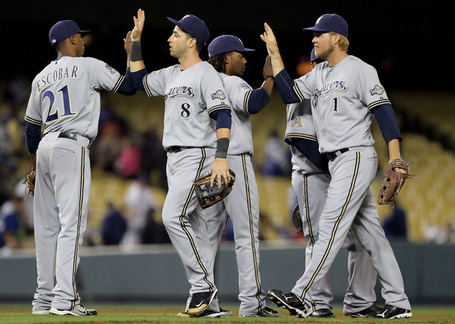 On May 8th, he was once again sporting the high hose. One would have to assume that Alcides has tailored pants to wear with the high hose and they apparently did not make the road trip, as you can see by the amount of fabric bunched at Al's knees. 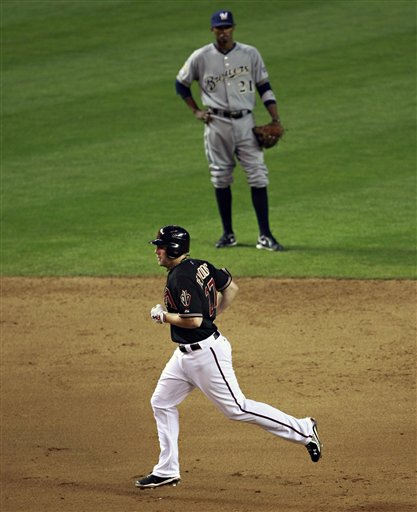 To start the season, Gregg Zaun became my new favorite Brewer because he was sporting sanitaries and stirrups 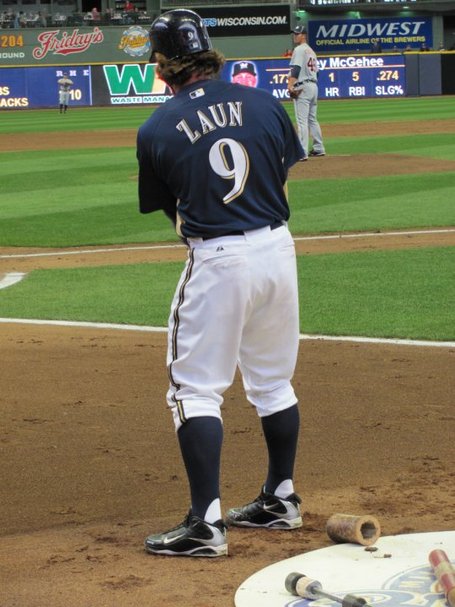 Here you can see he's wearing high socks, but not stirrups 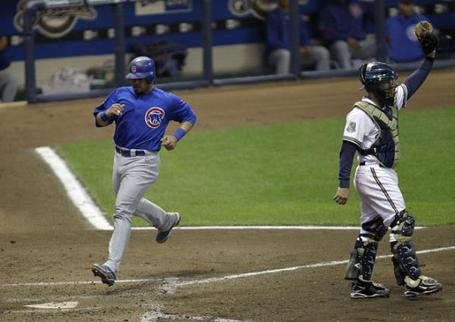 Here you can see he's got long pants 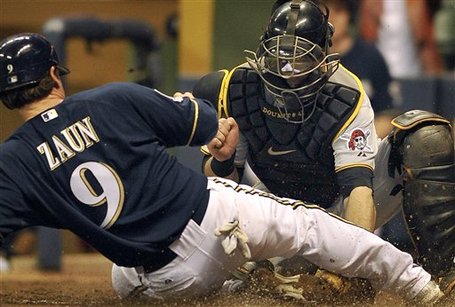 During the team intros on the Jumbo Tron at Miller Park, the players are shown putting their caps on, like 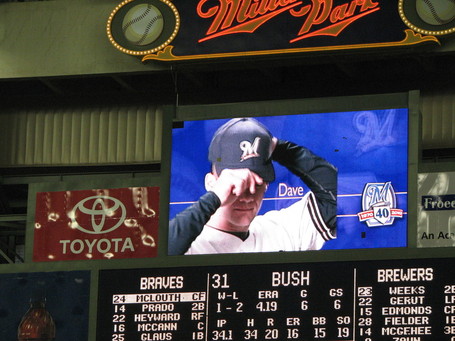 The only person who doesn't have that video? Corey Hart. Maybe he should have known he'd be riding the pine when they didn't bother to get him recorded for team intros.

The TimberRattlers played at Miller Park last Friday and wore some Brewers-themed jerseys. 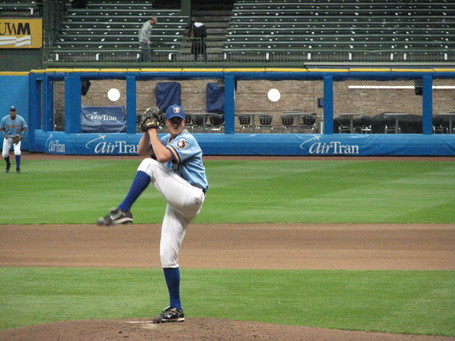