The big uni news of this past week were the 1970s throwbacks the Brewers and Phillies sported on Friday.

The Brewers were more committed to the spirit of the uni, going as far as having correct batting helmets.

Whereas the Phillies were still wearing their bright red cleats, helmets and dugout jackets, causing some unpleasant looking scenes. 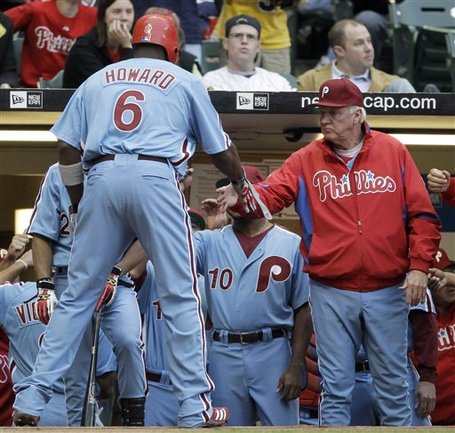 Follow the jump for more shots from Friday as well as more uniform notes.

Keeping with the 70s theme, Bernie's friend/companion Bonnie Brewer made an appearance. 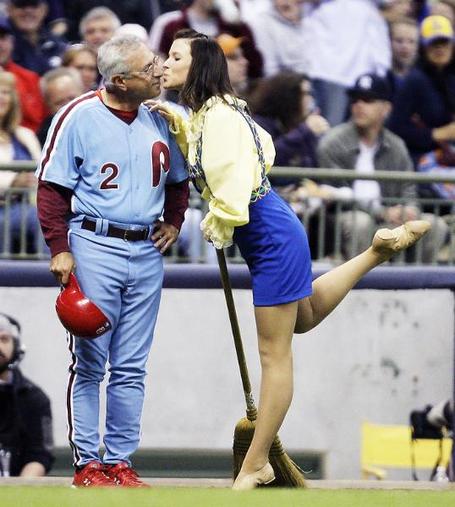 Bonnie was once a fixture at games and apparently was a little friskier than the one that showed up last Friday. The original Bonnie was known for smacking the third base coach's rear with her broom. 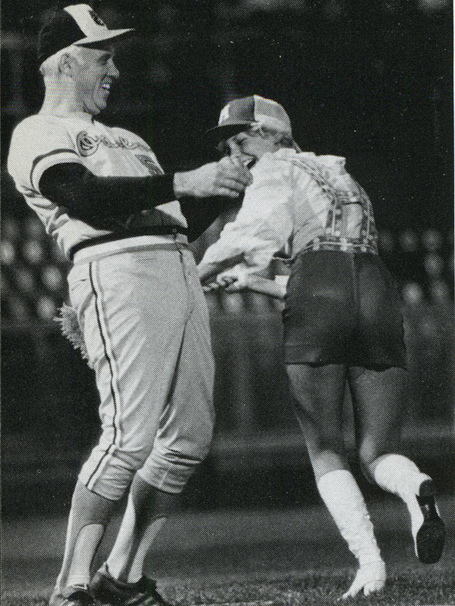 Corey Hart was the only Brewer to change his normal look to match the throwback. Manny Parra sported his normal high hose with the look. Props to Philadelphia's Shane Victorino, who doesn't normally wear them, but put on era-appropriate stirrups for the game. 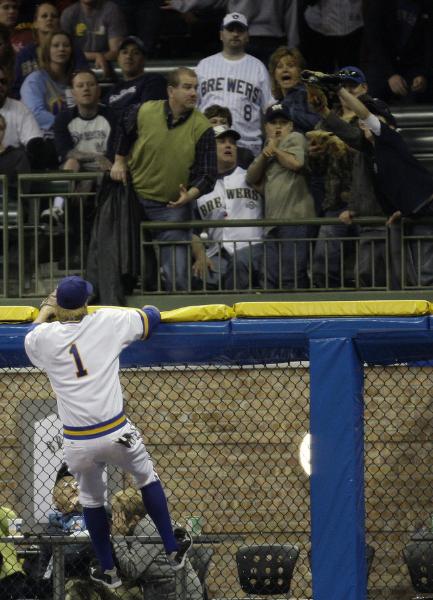 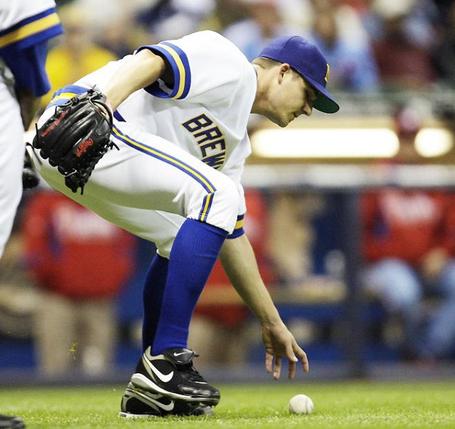 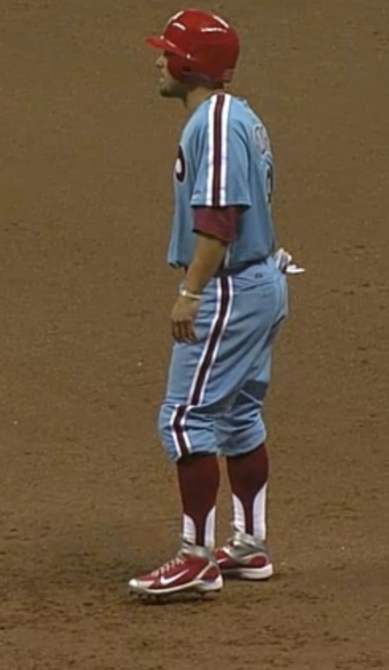 Pictures of the Brewers retro painted Air Tran plane broke a few weeks ago, but it was officially unveiled this week. Here's a video of the plane getting the paint job.

Last homestand's GameDay booklet contained an article about Patrick Rogo, the Brewers warehouse manager and it was accompanied by this awesome picture of the Brewers old bullpen cart, which is apparently just chilling in storage in the depths of Miller Park along with all kinds of other fun goodies.  I would love to go "play" in that stash. Imagine the fun things you'd find. 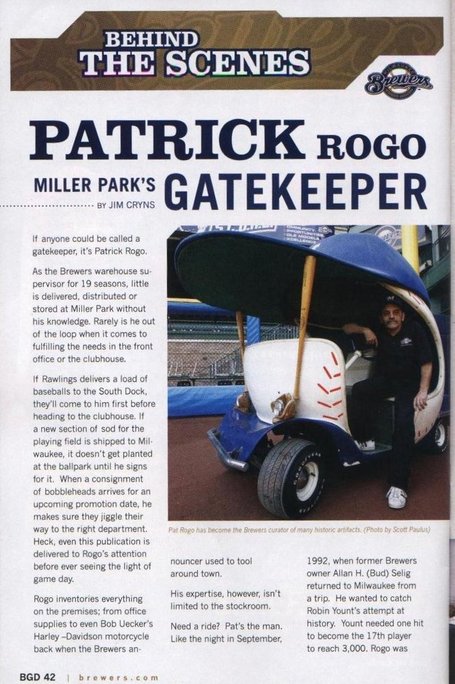