This Week in Pictures

Share All sharing options for: This Week in Pictures

Kirbir is on vacation and I'm filling in. 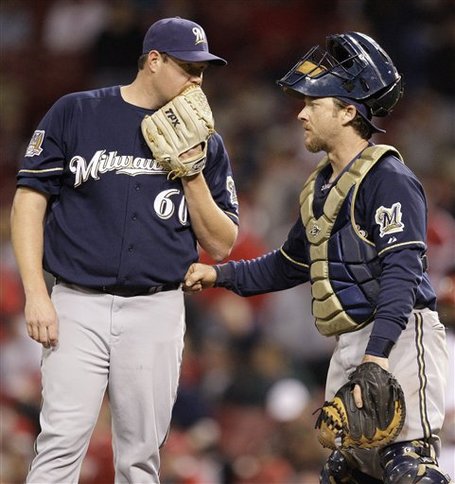 Follow the jump for more pictures of the week

Next is Braun and Fielder hugging it out after Braun hit a solo shot on Tuesday. 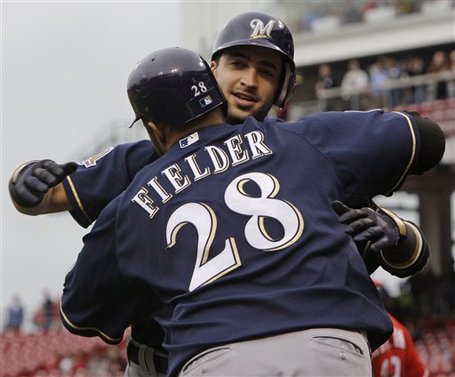 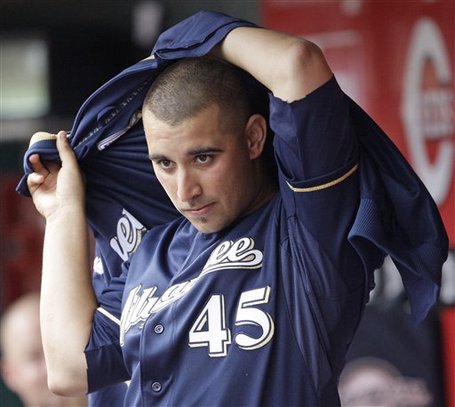 Rickie Weeks is going to catch flies while blindfolded by his batting helmet. 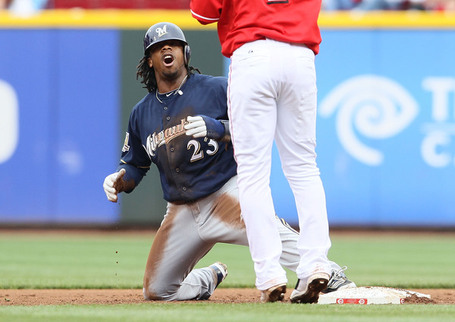 Prince is auditioning for the circus' contortionist job. 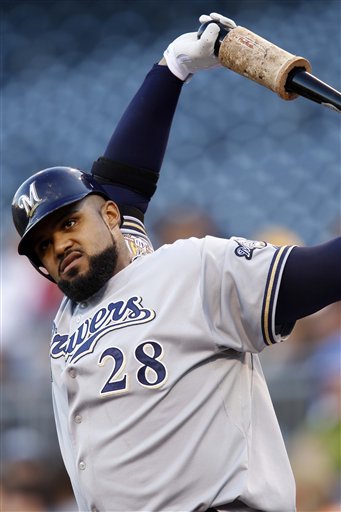 And then shows he's a good bodyguard when he held Dave Bush back on Friday. 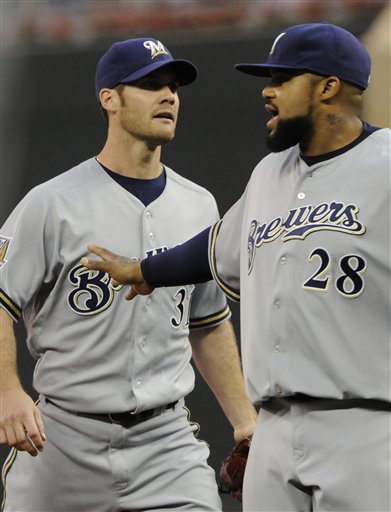 Macha shows he does know where home plate is when he goes out to argue with Ed Rapuano. 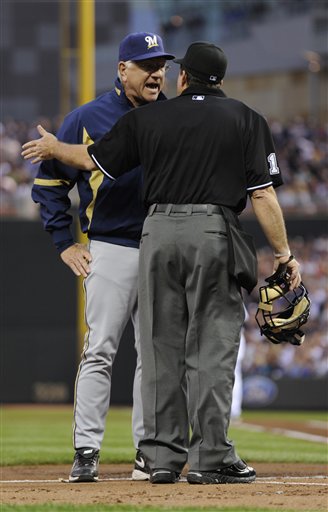 And then looks mighty lonely sitting by himself in the dugout. 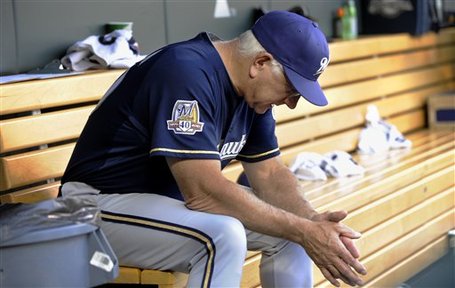 Prince made the stop, but then fell into foul territory. 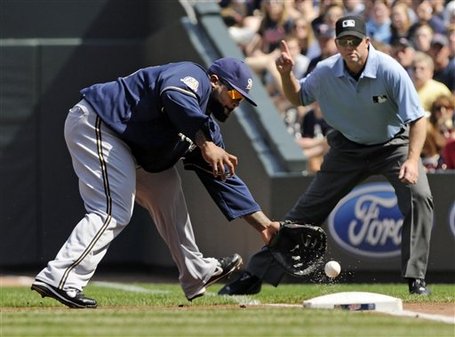