The Brewers have gone four and two since last Saturday, leading hopeful fans to believe that they might be able to come back from this slump. To quote one happy fan from last night: "I think we might not suck!"

Do you think they'll make it out of the slump?

Follow the jump to see some pictures of Brewers wins! 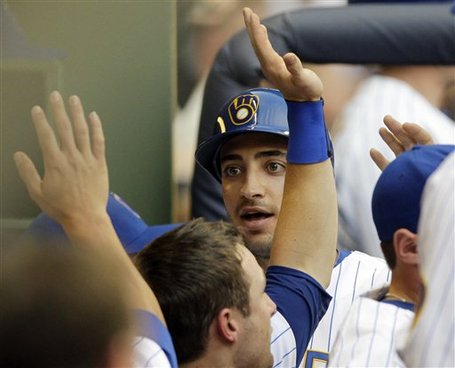 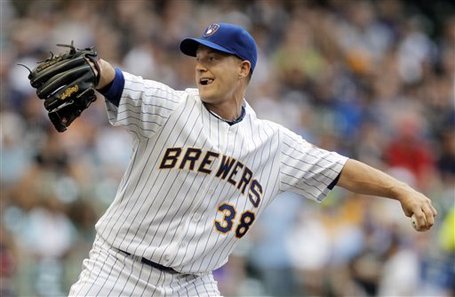 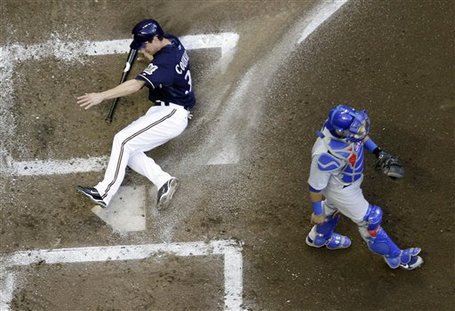 Craig Counsell shows off his sliding skills in Thursday night's win against the Cubs. 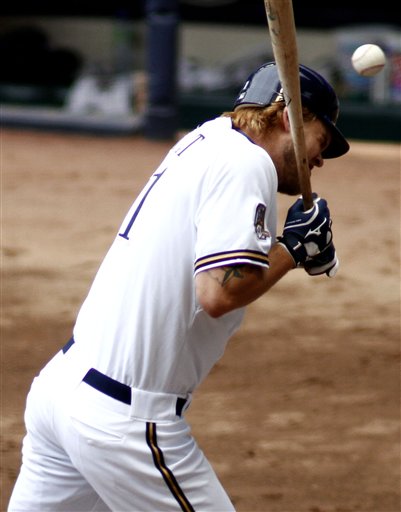 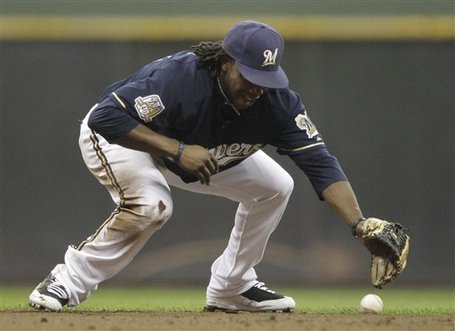 Rickie Weeks dropped the ball Wednesday, but the Brewers still managed to beat the Cubs 3-2. 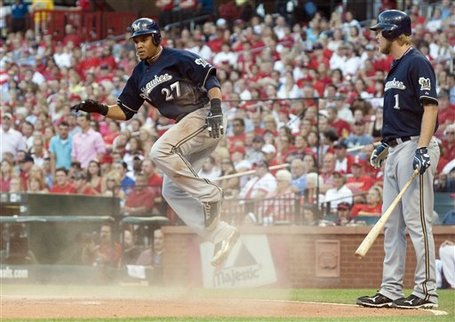 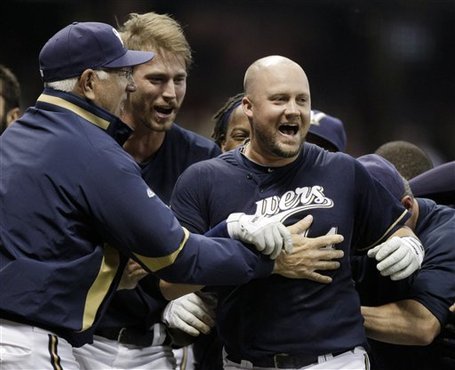 Casey McGehee gets a belly rub from Ken Macha after Tuesday's win. Apparently someone got him confused with Budai. It's completely understandable though.

The Brewers face the Rangers tonight at 6:10PM. The game will be on WMLW for those of you with access to cable/satellite/etc. I will be exploring my new choice of career path instead.