If you start your weeks off with Sunday, the crew has not lost a single game this week! That's right, for the first time since spring training in March, the Brewers have a five game winning streak.

If you somehow missed the big news about last night, Kyle got to hang out in the press box and go to the post-game press conference! If you missed all that, you should check out his recap and post-game notes.

Pictures after the jump! 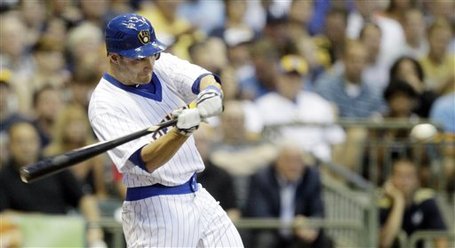 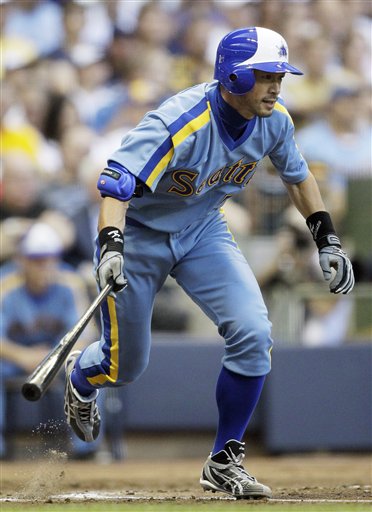 Usually, I don't include pictures of the opposition, but you have to admit that Ichiro Suzuki looks awesome in this retro Seattle Mariners uniform. 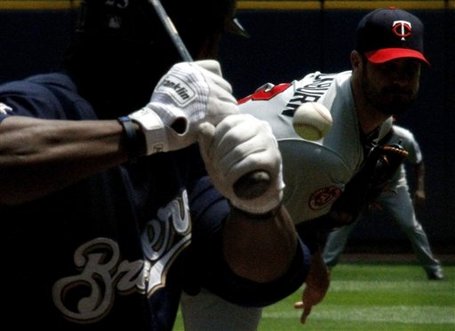 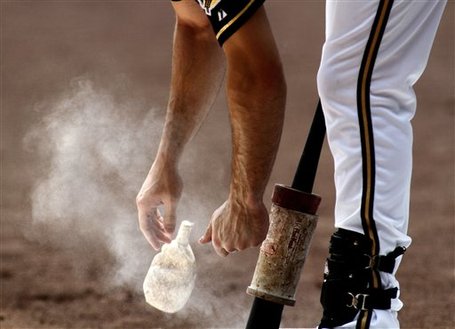 Ryan Braun powders his hands before an at-bat. 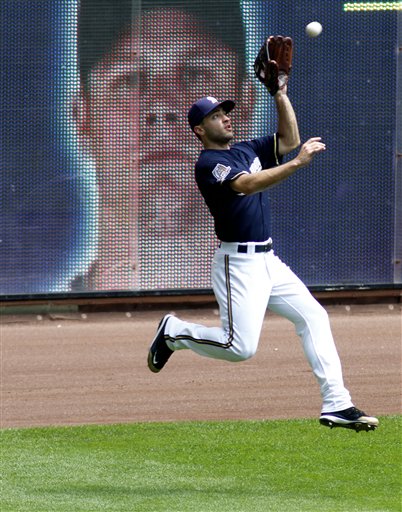 Not fazed by the giant Justin Morneau behind him, Ryan Braun catches his line drive. 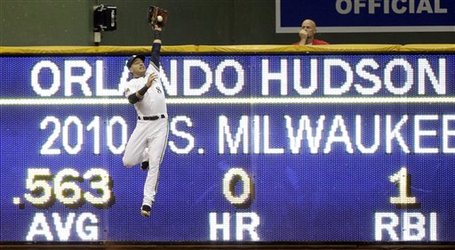 Braun's made a few good catches lately, like this leaping one Wednesday. 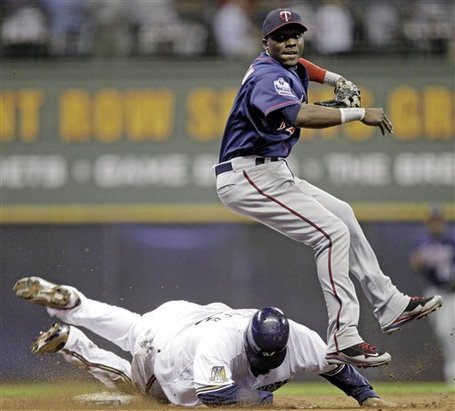 Having a five game winning streak isn't the only awesome thing about this week. Bob Uecker stopped by the radio booth Thursday, and is excited to come back soon. He'll be limited to home games for what looks to be the rest of the season, but a little Ueck is better than no Ueck at all.

All pictures are courtesy of the BCB/AP/Getty Images hook up. Thanks SB Nation!