It's Saturday morning, do you know where your pictures of the week are?

If you've been on the site lately, you may have noticed a lack of picture postings. I'm not lazy, just busy and forgetful... Or I thought the Brewers losing didn't really necessitate pictures. 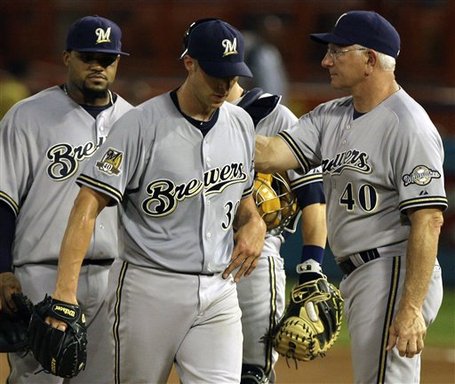 Chris Capuano made his return to the major leagues Thursday. He only went for 3.2 innings, facing 19 batters in the process. Sadly for him, and the Crew, the Florida Marlins won 3-2. 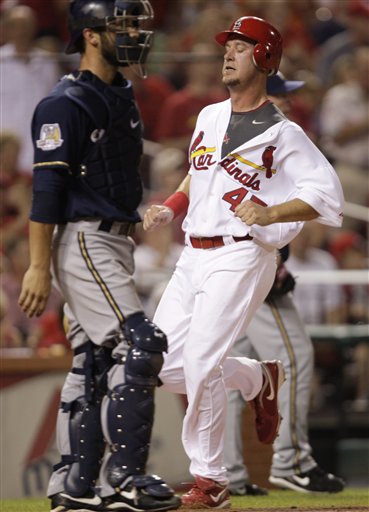 If this had been Jason Kendall instead of George Kottaras, Ryan Ludwick would've gotten a punch to face. </management fail> 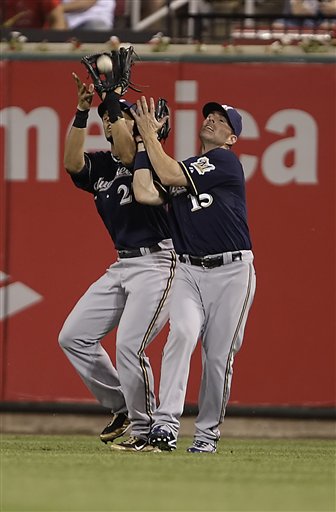 Carlos Gomez and Jim Edmonds run into each other while making a catch. Does anyone else hear Yakety Sax? 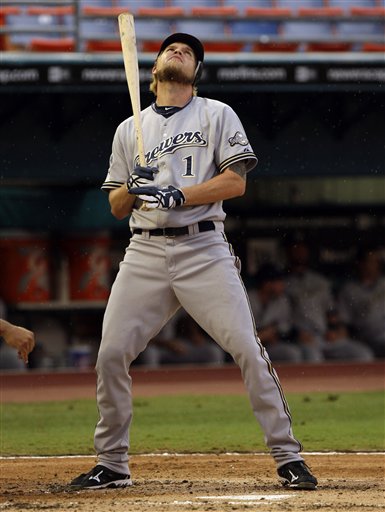 The poor performance of the team seems to be making Corey 'the Hulk' Hart angry. 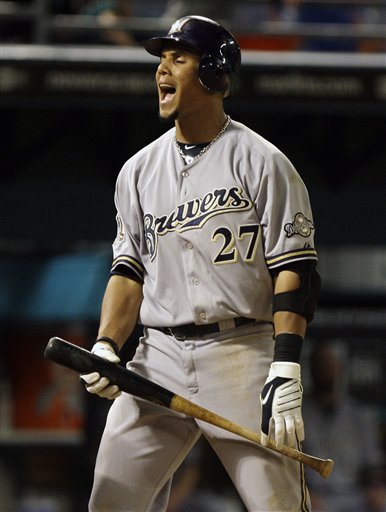 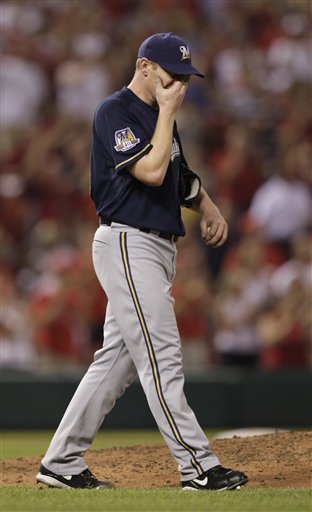 Even Randy Wolf can't stand to look at the suck that is currently the Brewers. 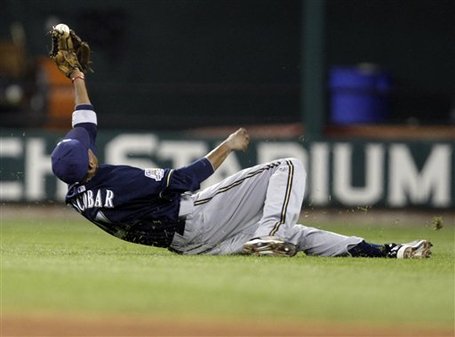 Alcides Escobar is one reason to be hopeful though. Here, he shows his awesome ability to slide sideways on the field. 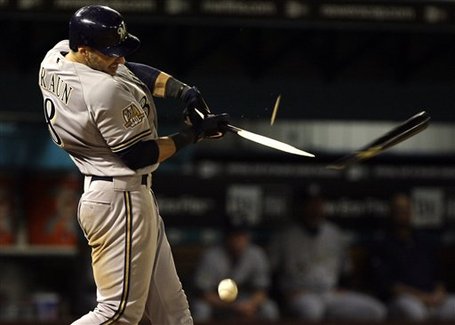 Ryan Braun's broken bat may be another reason, if the ball actually did anything. 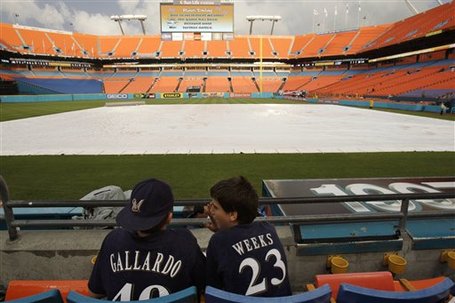 Meanwhile, these two 14 year old fans are seriously debating their allegiance to the team... 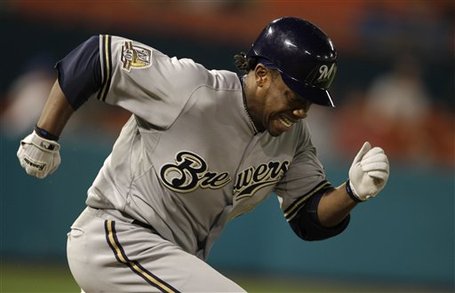 Super Weeks to the rescue!

Tune in next week for the exciting conclusion to the Super Weeks story. Will he make it to the kids in time? Is it too late to save them, since the Brewers just left Florida? Will the Cards fans make a return to troll the threads once again?