The Brewers wore throwbacks for each of the decades of the team's 40th anniversary this season. When the 2000's were celebrated on August 27, the team uniform is the same so the team with a patch on the player's caps, instead. It was only there for the one game. 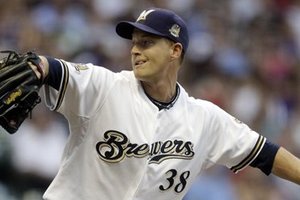 The Brewers wore the Cerveceros jerseys for a second time this season this past Saturday. 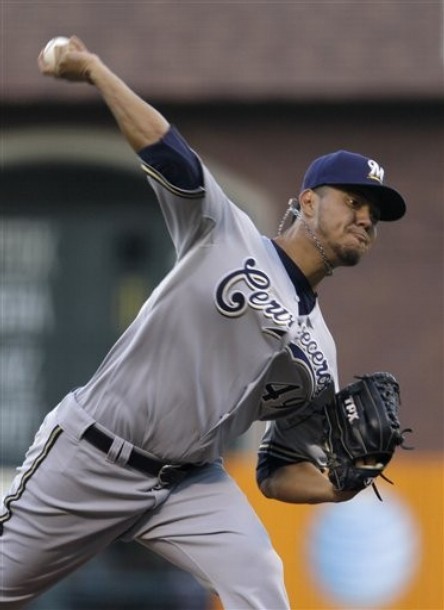 A week ago Friday was the final appearance of the season for the pinstripe throwbacks.

The White patriotic caps made another appearance, this time in memory of Sept. 11

On the 14th he was back with high hose 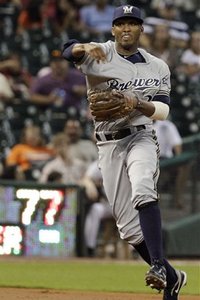 And on the 18th it was back to low pants. 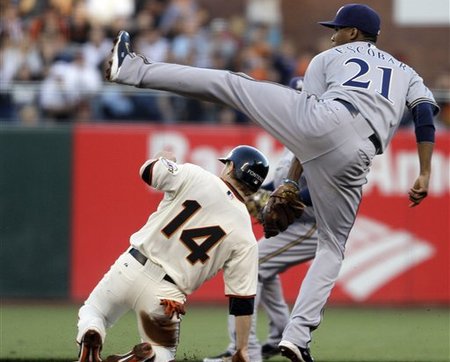 Below are the standings by uniform. The Milwaukee jersey hasn't been very lucky this season, making me wonder if superstitous players will try to move away from wearing them. That awful stretch of not winning at home is reflected in the numbers for the white top and white pants.