I hope that everyone had a fun and safe St. Patrick's Day. I know this guy did: 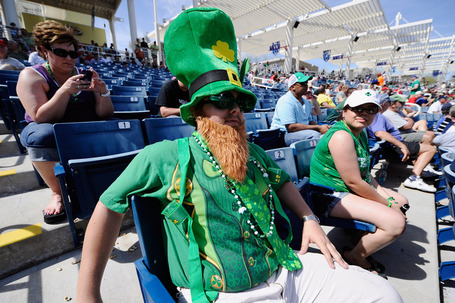 When we last left the Brewers, we saw the epic battle of the Yost'd teams. 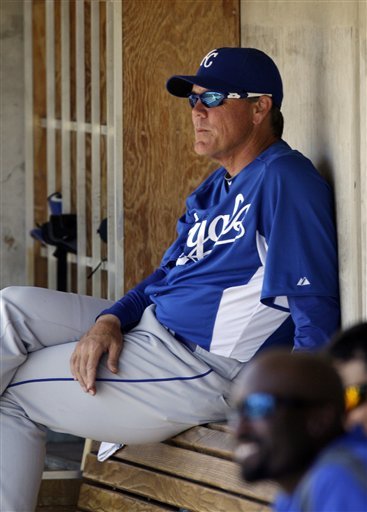 There was really no competition there, since Yost has such poor managing skills. Since last Sunday, the Brewers have managed to win four of their last seven games (and tied one!). Could this be a good sign of things to come?
Follow the jump for more pictures and speculation!
And a caption contest! 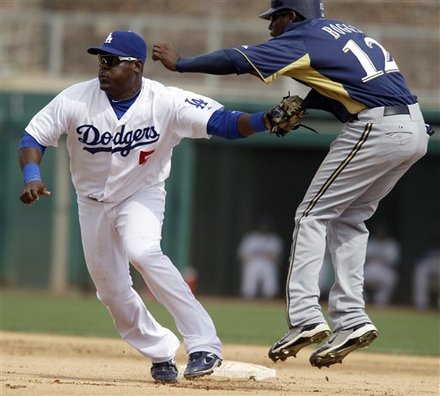 Brandon Boggs needs to learn the Hammer Dance a little better. Hey, at least he moves better than Rasheed Wallace. 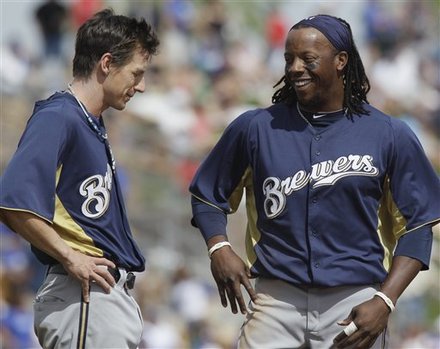 It's amazing how much older Craig Counsell looks when he's not smiling. 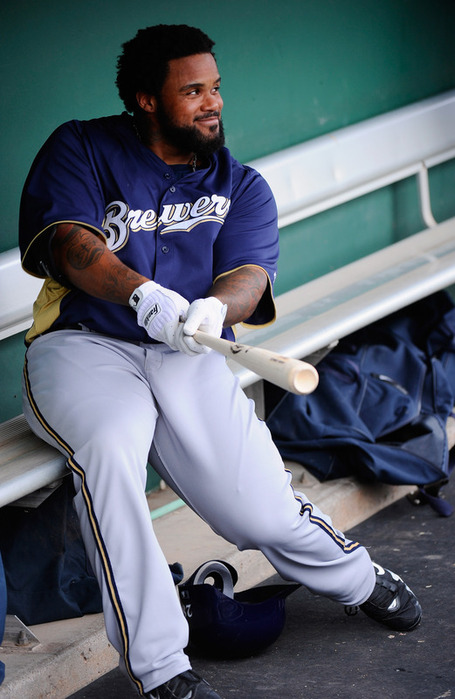 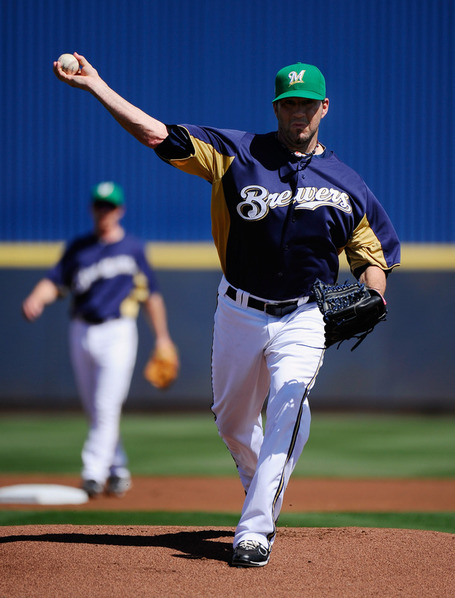 Also, St. Patrick's Day obviously wasn't fun for all. Shaun Marcum and the rest of the time got stuck with those lovely green caps. It's okay, at least we're not the Yankees.

And now for a POTW first - a caption contest!

Post your caption to the picture below in the comments. The one with the most recs will be featured in next week's edition. Good luck! 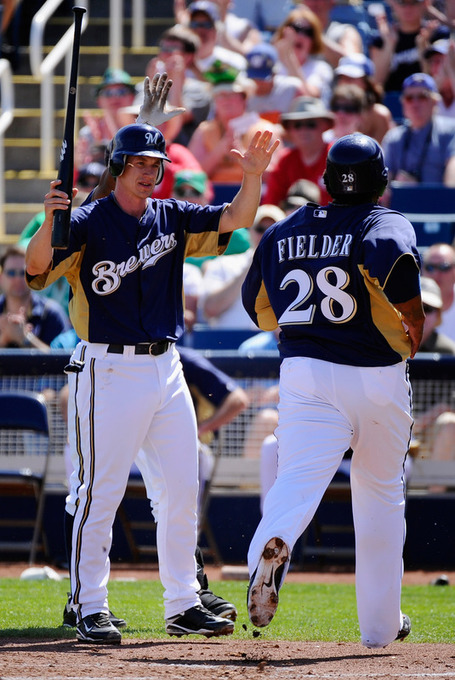 As usual, all pictures are from Yahoo!