Well, that was not the best way to start the season. But it can only get better from here... right?

One can only hope. The Crew plays their last away game before the home opener today, finishing up the series against the Reds. 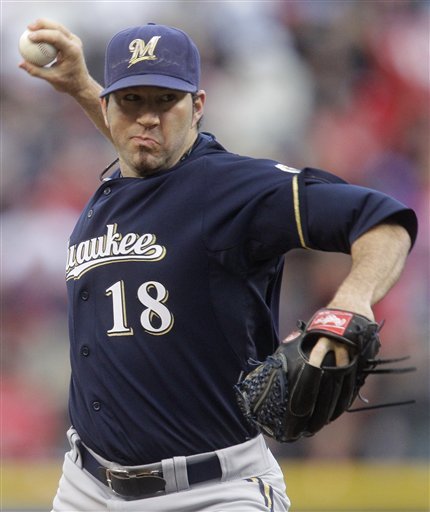 Ron Roenicke doesn't seem as animated as Ned Yost or as laughable as Ken Macha. Sad.

Rickie Weeks fails to hit the surprised-looking ump in Thursday's opener against Cincy.

Although, Yovani Gallardo's mid-pitch pics aren't too shabby either.

Mark Kotsay shows off his dancing skills in Thursday's game...

Which leads us, of course, to the real reason the Brewers lost Thursday's game - Prince can't dance.

Hopefully the Crew can come back to win this last game against the Reds, but it's gonna be a tough one. Maybe getting some of our DL'd buddies back would help us out a bit.

As usual, Yahoo! supplied the pictures of awesomeness.