Share All sharing options for: Uni Notes: Early May

Some more uniform minutiae came up this week, so it's time for another installment of uni notes.

Of course Mother's Day brought out all kinds of pink. Carlos Gomez is rocking the pink bat, among quite a few other things. 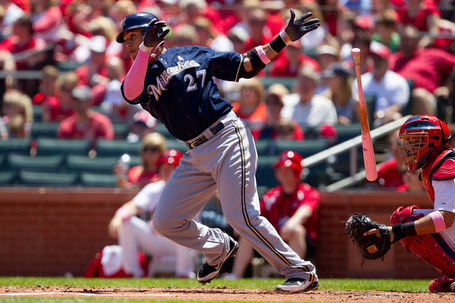 I can't find a picture of him specifically, but pitcher Sergio Mitre took the Mother's Day pink to a whole new level by rocking pink shoes, which I'm pretty sure were new to the MLB Mother's Day arsenal this year. They looked like this: 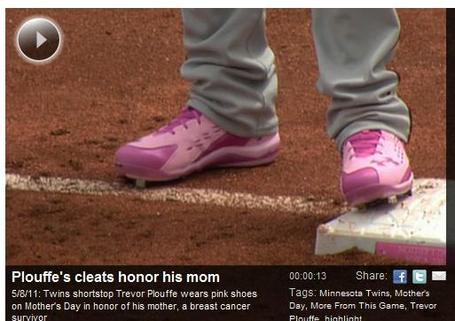 Mark Kotsay has just 68 at-bats as a Brewer, but his batting helmet looks like its been around a while. 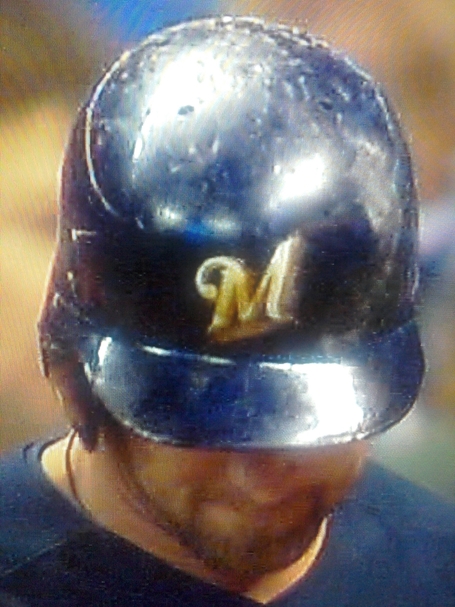 Corey Hart became the newest member of the high-sock club this week. He's worn the look occasionally in season's past, but it's new for him thus far in 2011. By my count, that's seven Brewers to have gone high-socked this season (eight if you count Morgan's stirrups). (Hart, Gomez, Gallardo, Hawkins, Estrada, Axford, Betancourt) 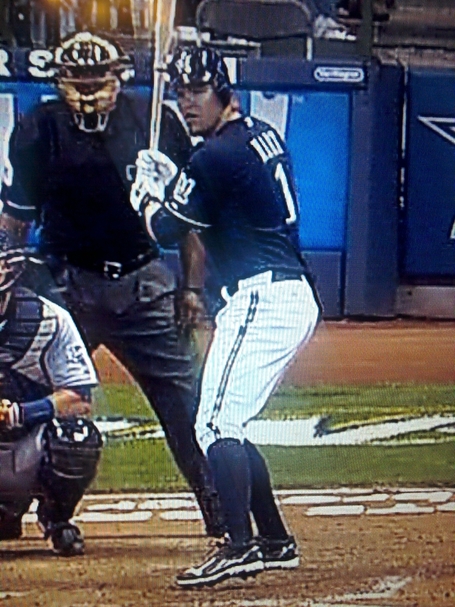