Some things to read while patching things up.

Another day, another poor hitting performance for the Brewers on the road. Despite holding the Dodgers to just four runs over two games the Brewers were only able to muster a series split in Los Angeles, largely due to the fact that they went 2-for-23 with runners in scoring position over the two games.

It didn't lead to any runs, but the Brewers' decision to bat Corey Hart second instead of Carlos Gomez looked like the right one last night. Hart reached base in each of his first two trips to the plate against Hiroki Kuroda, while Carlos Gomez went 0-for-3 with a pair of strikeouts and grounded into a double play. Jaymes Langrehr of The Brewers Bar has a post on Gomez's elite center field defense.

So how much of these road struggles is attributable to luck or sample size, and how much of it is a real problem? Here's what Miller Park Drunk had to say about it:

The Brewers made a series of roster moves yesterday, placing Mitch Stetter on the DL with a hip injury, calling up Mike Rivera to take his place and designating Sean Green for assignment to free up a spot on the 40 man roster (FanShot). Let's take a quick look at the moves individually:

If you watched last night's game, Randy Wolf's absence on this list will come as no surprise: Josh Wussow of Inside Wisconsin Sports has a look at the best pitches in various Brewers' arsenals.

After last night's game the Brewers boarded a bus for San Diego, where they'll open another two game series tonight. Jon Star of MLB.com has the preview. This is the first contest in an eight game homestand for the Padres.

Kameron Loe got a rare night off last night. Before the game he talked to Quinn Roberts of MLB.com about pitching nearly every day.

Until this morning I didn't realize that Ryan Braun has a hit in seven straight games, batting .346/.469/.692 over that stretch. David Schoenfield of ESPN has him third on his "one-fourth of the season NL MVP ballot" behind Joey Votto and Lance Berkman.

Speaking of Braun: He's the subject of my favorite t-shirt at Forward Fabrics. Check this out: 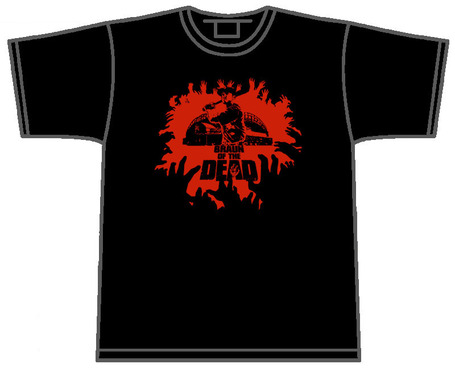 Braun is almost certain to be an NL All Star at this point, and if he goes he won't be the only Brewer: Assistant trainer Dan Wright was named to the NL coaching staff yesterday. It's his first all star assignment.

Marco Estrada is quickly becoming that guy that everyone writes about: MLB Depth Charts listed him among their relievers on the rise, and this week's edition of A Simple Kind of Fan looks at what the Brewers could do with him.

Meanwhile, Jim Breen of Bernie's Crew makes the case against the Brewers signing Shaun Marcum to an extension. I have a feeling he's going to be in the minority on that one.

Do you need your heart warmed this morning? If so, check out this story from the Appleton Post Crescent about what the Brewers did for a young girl from Menasha who recently lost her mother to cancer.

If you haven't yet, please take a moment this morning to vote in this week's BCB Tracking Poll. It will remain open until game time tonight and the results will be up tomorrow.

The Reds won their fifth straight game last night, bumping the Brewers back to five games back in the Central. You already know that if you've read this morning's edition of Around the NL Central.

Today in former Brewers: Thanks to Scott Segrin of In-Between Hops for pointing out this Tommy Lasorda blog post on Ben Sheets.

It rained for a while in LA last night, but the two teams were able to get the game in. That makes the Brewers one of the lucky ones, as four games were postponed last night. One of them was in Washington, where the game was shelved early and the rains didn't come.

Now, if you'll excuse me, I'm going back to .gif'ing my neighbors.