We have the good fortune in this community of having well-educated analysts who provide honest and fair assessments of players and performance, and in spite of their allegiance to the blue and gold, give their impartial opinions of where the team stands. Our fans are also steeped in the terminology and skilled in the methods of measure, and they care passionately about their team and anxiously hope for its return to the postseason.

Well, not quite all the fans I guess. Some of us prefer our analysis more qualitative than quantitative, preferably with pictures, pop-ups, and paper dolls. For those people like me who treat their sports more like a comic book than a science, take the jump for an Illustrated First Half Review.

Ok folks, here's the way things are, and why. I'd use numbers, but pictures are just plain easier to digest. First of all, our starting pitching doesn't suck like last year. At this point last season we were only starting to stabilize our starting rotation after burning through a few ineffective veterans. But it was too late for the bullpen to recover, and after three months of sponging up innings leaking from the rotation they were exhausted and also needed to be bolstered with extra arms from the minors. 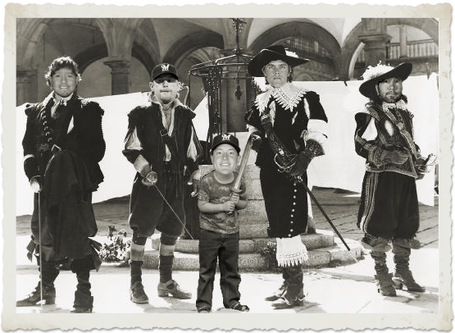 This season has been entirely different. Adding two studs in the offseason in Greinke and Marcum to the solid arms of Gallardo and Wolf, the Four Musketeers plus Narve-dog have turned out to be one of the top rotations in all of baseball. Aside from Narve, who is still capable of being smacked around for a bunch of runs once in a while, these guys pretty much guarantee that we're going to be in position to win every game where the offense delivers.

In this bunch it's hard to tell who's the #1. Is it Gallardo, the young stud who's been our best pitcher in seasons past? Is it Marcum, the efficiency expert who is loathe to surrender walks? Is it Wolf, the tough-as-nails free agent veteran? Is it Greinke, the cannon-armed wunderkid? All that's clear is that Narveson is the #5 in this group, and he might be the best #5 in the league.

The second thing to be aware of is that our team is being managed by an erratic captain. He is neither a cowardly Captain Queeg nor an insidious Dread Roberts, but his actions have been analyzed by the smarter members of our community and found to be lacking in logic. Some of the worse examples leave even the unenlightened to clutch their scalp wondering why, and are often frustratingly repeated with negative results. 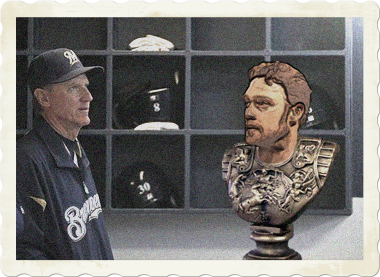 It's no secret that our skipper has an unnatural fondness for the last man on his bench, and sees extra opportunities to stick him into action when better options are available. He also has a rather simplistic view of the bullpen, and prefers to use his relievers by inning rather than situation or leverage. But in spite of his irregularities the players seem to like him, and he manages to make the most out of a team that probably leads the league in personality. How would you like to go to work every day with Deputy Dog, Kool-Aid Man, Captain Caveman, and Tony Plush sharing your cubicle? Actually, when they win it's probably a lot of fun - and they're winning.

But we've had our down times, too. We had a seven-game losing streak early that took a long time to recover from, and we've had some trouble lately with interleague play. It's possible that some of our success is due to the fact that competition in the NL Cental is a little weaker this year. The perennially villainous Cardinals have seen a slew of injuries eat away at their lineup and pitching staff, and have seen cold first half performances from Carpenter and Pujols. The latest blow was the wrist injury to Pujols, which I understand has already been immortalized in stained glass at Busch Cathedral. 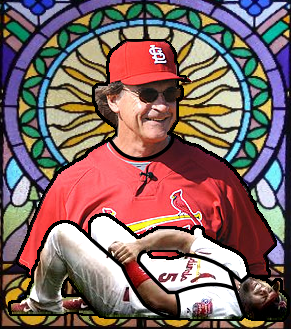 Despite excellent first-half performances from Joey Votto and Jay Bruce the Reds have been on a second quarter slide, and the Cubs have been consistently dismal. Houston - if it's possible - is playing even worse than last year, which has to make Cecil Cooper feel a little better about his future job prospects. The only team that seems to be playing above expectations are the Pittsburgh Pirates, who are managing to play .500 ball without anyone making a living wage and without hitting any home runs. Not to worry Pittsburgh, we've got plenty of opportunities to play you in the second half and you can reassert your rightful position ahead of Houston in 5th place.

And that's because we've got the best tandem in baseball. We're in first place and we're going to stay there, because in addition to the pitching that just won't quit we've got two of the best hitters in baseball and both of them are having up years. Braun is hitting for average, hitting for power, and seems to be the guy benefiting the most from Ron's green light philosophy; he's got a great shot at a 30-30 season and he hasn't been caught stealing in a game we've lost. Fielder is putting up gargantuan numbers and many times has won games pretty much by himself. It's not just the big blasts and the timely hits (of which there are plenty) but also the discipline at the plate. Sluggers never walk more than they strike out, but Fielder is the exception. He's doing it all, and even fielding better than a bag of Ore-Idas at first. 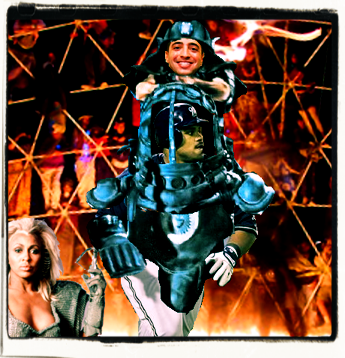 Braun is the face of the franchise right now (or the mouth, aside from Tony Plush's quirky rants), and Fielder is the muscle. Together they have a bit of a Master-Blaster relationship going on. Prince isn't that great in front of the camera, he's a little too laid back to be super pressworthy, but Braun loves to shoot off a sound bite. And Fielder's offense backs up Braun's bravado, as well as his spot in the lineup, and may earn him a championship to back up the millions of All-Star votes he's getting.

Will Yuni be our shortstop in the second half? In my opinion it depends on whether Doug is planning to be the GM in two years. If he isn't, he'll trade whatever he can for a capable SS, if any are available. If he is planning to stay longer then we'll be making due with what we have. So... yes, Yuni is probably here for the season.

Will Casey McGehee regain his form? No. As he continues to eat cookies he gets more dough-like, seeing his physique in the mirror makes him lose confidence and he moves like a turtle and hits like a wet noodle. Aside from the occasional sugar rush it's regression from here on out.

Will this team make the playoffs? Yes. Once again, a giant man throws the entire team on his shoulders and carries them to Philadelphia where they get beaten to a pulp and then he says how much he loves Milwaukee while signing a $200 million free agent contract for another team.

And there you have it, the stat-free feel-good pop-up caffeine buzz version of a BCB review! 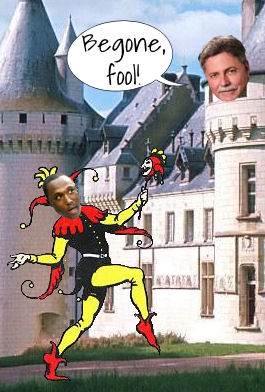