Not too many uni notes since my lost post, so today's post is focusing on the hirsute stylings of a fairly hairy team.

Maybe its an homage to the playoff beards of the Stanley Cup finals, but many Brewers this season have shown off facial hair 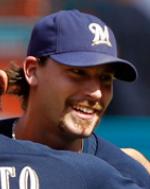 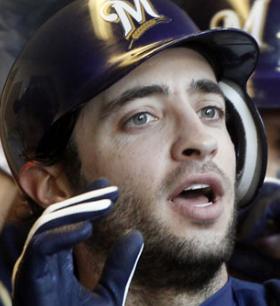 Yovani Gallardo showed up in mid-May with with they're calling a "Yo-hawk" but I can't find any pictures. He's also been sporting a chin strap beard. 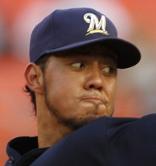 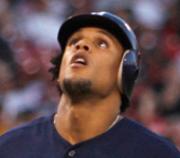 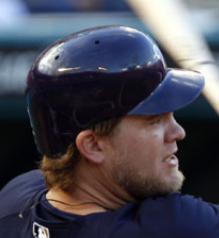 Jonathan Lucroy is trying to age his babyface with a beard 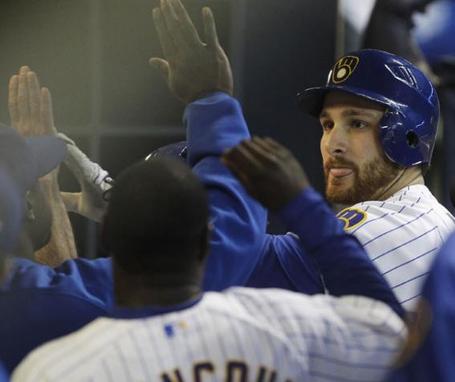 Shaun Marcum's beard makes him look like a lumberjack 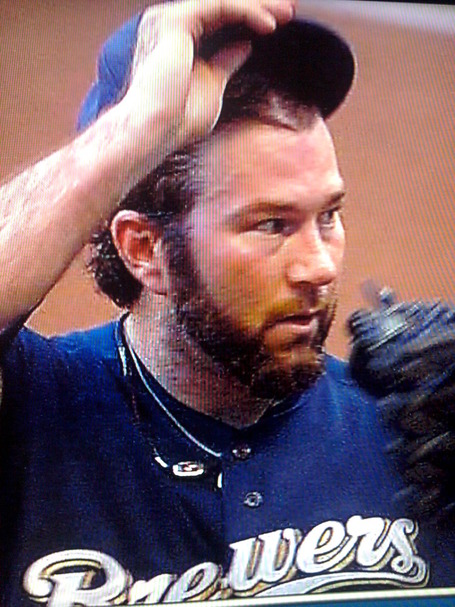 One of the more impressive beards belongs to Prince Fielder 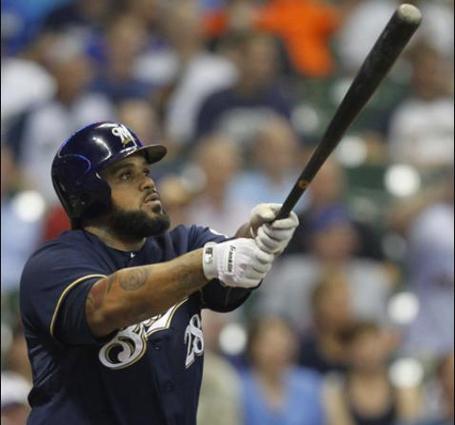 Though he has spent most of the season bare-faced, Randy Wolf has joined in the act with a reddish goatee 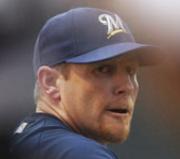