Some things to read while tackling the important issues.

If you haven't sen it yet, before reading this morning's Mug check out Stephen Colbert's segment from last night on Craig Counsell and Adam Dunn. If you've already seen it, go watch it again. Colbert has also taken over control of the @MLB Twitter feed for the day.

In other news: yes, a late night comedian talking about Craig Counsell is today's top story. It's that slow of a news day.

The Brewers head back out on the road tonight, opening a series in Houston at 7:05. a lot has been made of the Brewers' poor road record this season, but Jaymes Langrehr of The Brewers Bar notes that they're a less-terrible 12-17 away from Miller Park since June 1. Whether you think this team is still terrible on the road or merely kind of bad, you can enter your predictions here for Prognostikeggers.

An 8-1 homestand and the acquisitions of Felipe Lopez and Jerry Hairston Jr have apparently calmed a fair number of people's fears regarding this Brewer team: This week's BCB Tracking Poll results showed a pretty significant bounce in the approval ratings of Doug Melvin and Ron Roenicke.

The successful homestand also made the Brewers the most likely choice to win the NL Central: 54% of voters in a Baseball Nation poll are picking them.

If Prince Fielder continues on his present pace he'll be a strong candidate for postseason awards: Barry Larkin called Fielder the favorite to win the NL MVP last night on Baseball Tonight.

Casey McGehee probably isn't going to win many awards this season, but his third home run Wednesday was Larry Granillo of Baseball Prospectus' Trot of the Day.

With ten days left until the deadline the Brewers still have not agreed to contracts with first round picks Taylor Jungmann and Jed Bradley or second round pick Jorge Lopez. Jim Callis of Baseball America, though, is standing by his prediction that all 33 first round picks will sign.

In power rankings: Yahoo moved the Brewers to fourth, up four spots.

Meanwhile, Brewers in 11 finished their four part series on the NL Central contenders with a look at Milwaukee.

I've said it before but it bears repeating: If you don't read the comments of this site, you frequently miss out on some pretty good stuff. Thankfully, nullacct has gathered his best recent work into a new Photoshop Archive. Here's my favorite from this collection: 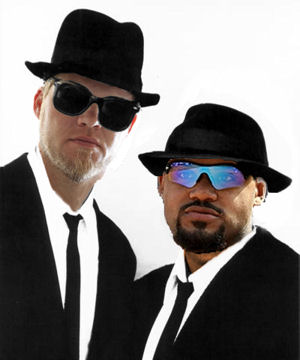 If you weren't around the site on the off day yesterday, you also missed Nicole's great interview with Corey Hart. Go check it out.

Blue Jays: Placed pitcher Carlos Villanueva on the DL with a forearm strain.
Cardinals: Catcher Yadier Molina has been suspended for five games for his actions on Tuesday, and does not plan to appeal (FanShot).
Giants: Designated pitcher Alex Hinshaw for assignment.
Mariners: Released 1B/OF/DH Jack Cust.
Marlins: Placed infielder Omar Infante on the DL with a broken middle finger.
Phillies: Placed pitcher Ryan Madson on the paternity list.

Yadier Molina's troubles may not be done: Apparently he got into a fight with teammate Gerald Laird at the Cardinals' team hotel Wednesday night. You know about that and more if you've read this morning's edition of Around the NL Central.

This is the most interesting statistical development I've seen in a while: Bradley Woodrum of FanGraphs has a pretty interesting post unveiling ShH, or "Should Hit." It's a defense-independent hitting stat that allows you to project how productive a player should be with a BABIP adjustment. I used it, for example, to learn that Casey McGehee should have a 89 wRC+ in 2011 if his BABIP was .301, his career average.

After seeing this, I feel like it's only a matter of time before "do not kick" stickers start coming standard with dugout coolers.

Now, if you'll excuse me, I need to fix someone's space bar.