As the Brewers and Padres prepare to wrap up their 2012 season together, Dex from Gaslamp Ball and I traded emails to talk about San Diego and this series. 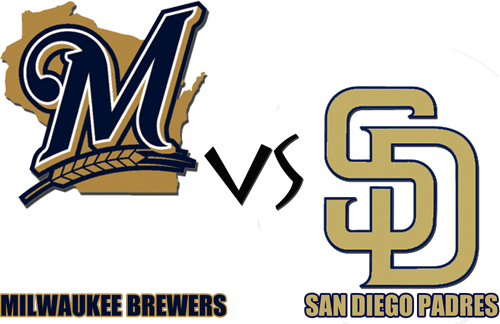 As the Brewers and Padres prepare to wrap up their 2012 season together, Dex from Gaslamp Ball and I traded emails to talk about San Diego and this series.

BCB: The Padres haven't drawn as much attention as the Brewers did with their hot streak, but they went 18-10 in August and are nine games over .500 since July 1. What's been the key to their turnaround?

GB: It's actually been their offense. The team was politely mocked at the start of the season for employing two hitting coaches in Phil Plantier and Alonzo Powell. A lot of the criticism being along the lines of, "I guess they'll try anything to get hits at Petco Park". As it turns out, Chase Headley is having a season that's getting him included in some MVP talk. Everth Cabrera has been getting on base, which allows him to be aggressive with the steals. And the rookies that have been coming out of the Padres' top rated farm system (Yasmani Grandal, Logan Forsythe) have been performing nearly as advertised. In particular, Yonder Alonso has been able to translate his "Attack the Gap" power into a season full of doubles. He's got the record for most doubles by a Padres and interestingly, he has a shot at getting the major league record for most multi-double games in a single season.

BCB: This is Chase Headley's sixth major league season but by nearly every objective measure it's been his best one. What's changed for him this year?

GB: Supposedly there was a slight change in his mechanics. There was a criticism of him that he had a nice swing, but that it was grooved in sort of a bad way. In other words, there was very little that he would do to adjust his swing if the ball wasn't in the right spot. That's potentially correctable in two ways: Get to the ball quicker and in turn allow yourself more time to adjust to the ball where it's pitched. And second, recognize when pitches aren't in your perfect groove. Apparently, he's done both. It should be no surprise that his increase in home runs has come in a season that's seen him draw the most walks ever in his career. And that's even more impressive considering his intentional walks have been minimal this season.

BCB: The Brewers are expected to face both Casey Kelly (Tuesday) and Andrew Werner (Wednesday) for the first time this week. What can you tell us about them?

GB: These are two guys on the opposite ends of the spectrum of "Pitchers the Padres are looking forward to". Casey Kelly is one of the remaining pieces from the Adrian Gonzalez trade with the Red Sox and was considered by some to be the top pitching prospect in the organization. He started the season very strong in AAA, but was one of our million pitchers to suffer an injury this year. He made his big league debut at the end of August, and he pitched well. Very athletic. Low 90's fastball. Strong curve.

Andrew Werner debuted for the Padres a week earlier, but he has almost none of the hype that Kelly has. Werner's got the stigma of being a hardworking overachiever as opposed to a top prospect, but nevertheless he's been very similar to Casey Kelly in terms of results (and obviously with a small sample). Werner is not a hard thrower. High 80's fastball. Relies more on his secondary pitches than Kelly will.

BCB; In a related note, the Padres have used 30 different pitchers and started 15 of them this season. Why have they needed so many?

GB: Injuries and more injuries. It seemed like the injury bug bit early and the initial strategy was to bring in veterans (Jeff Suppan, Kip Wells, Micah Owings, Dale Thayer) to shore things up. Then, as the injuries kept piling up, it just became a need to promote more from within and give looks to different guys in the organization. The injury bug wasn't limited to the big league roster. Several of the players that were called up early were from the AA team and leapfrogged several prospects. There was likely some development considerations in getting them back down to appropriate levels as guys got healthy.

BCB: Despite their improved second half this team is still in fourth in the NL West and not in the hunt for a playoff spot. When does their window to compete open again?

GB: At the start of the season and late last season, some people internally were thinking 2014 as the next big window, but that's probably been bumped up a year. The ownership situation has been resolved here, which kept the team in something of a stasis for a few years in terms of free agent spending and player acquisition, but the farm system development is as strong as (if not the strongest) it's ever been in the history of the team. The new ownership has actually taken on policy of not revealing any sorts of payroll plans from year to year, and I believe them when they say it's a strategic consideration. In other words, making bold claims about payroll potentially gives other teams information in regards to what they can or can't afford in trade, limits them in negotiations for free agents, and opens them up to criticism from the fan base. That said, the hints have been that whatever they spend, it will be more, and more wisely. So they'll be competitive, but given that the Giants and the Dodgers are looking more and more like the Yankees/Red Sox of California, the Padres will have to settle for playing the role of a Baltimore or Tampa Bay, which obviously isn't the worst thing in the world.

Thanks again to Dex for taking the time, and check out Gaslamp Ball for more on the Padres!