The former Astros first round pick spent four seasons as a starter with the Brewers.

August was pretty good in his debut season with the Brewers, posting a 3.09 ERA over 148.1 innings and finishing fourth in the voting for AL Rookie of the Year. Unfortunately, it turned out to be his best season: August dragged a 5.43 ERA through the next three years as a Brewer and was done as a major leaguer at age 28.

August's last major league game may have come in 1991, but he pitched in the minors, Taiwan and Italy and was able to extend his professional career all the way into 2000. August is also an interesting historical footnote: As noted on his B-Ref Page, he was the winning pitcher in the first game ever played at the SkyDome in Toronto.

I have four August cards in my collection. We'll start with this one, from his time with Team USA: 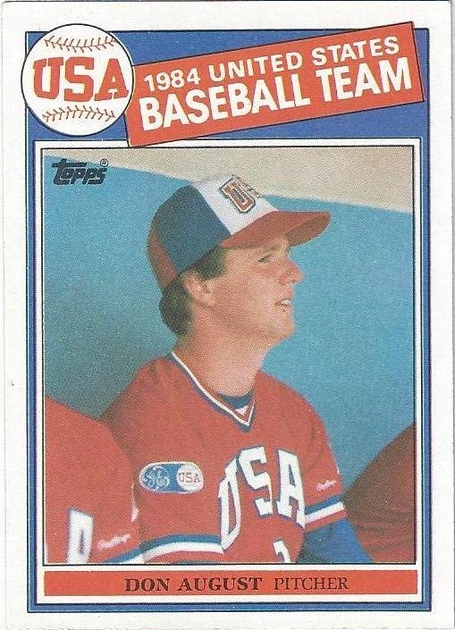 The back of that card noted that August pitched in three games for Team USA and worked 6.1 innings without allowing a run. 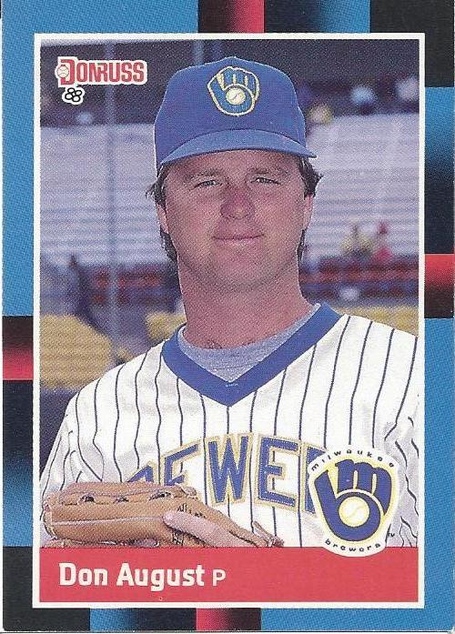 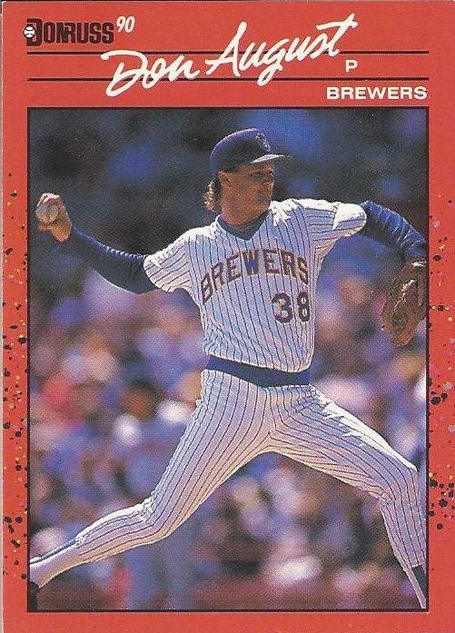 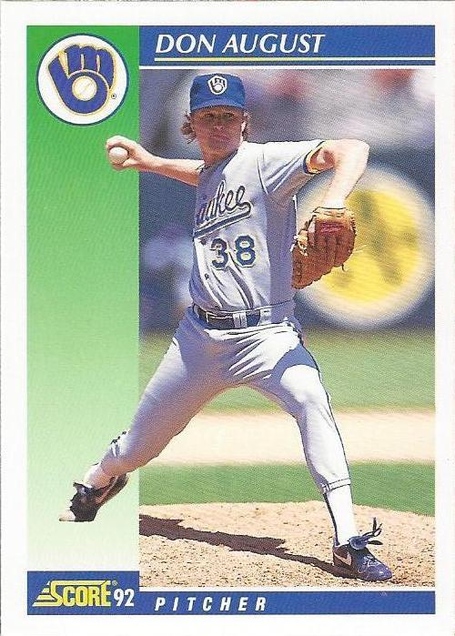 The back of that card notes that August won five straight games at one point in 1991.