An impressive mustache might be the most notable thing here.

University of Akron pitcher Michael Lawrence Birkbeck was the Brewers' fourth round pick in the 1983 draft, and reached the big leagues for the first time in 1986. He made just seven appearances for the 1986 team, but that was enough to get him a pair of baseball cards in 1987. Let's start with Topps #229: 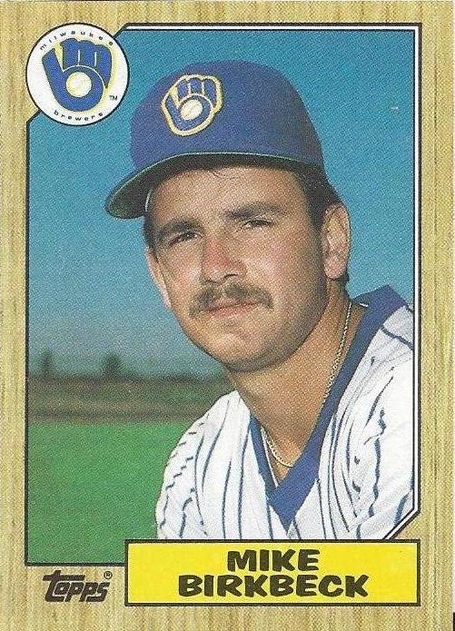 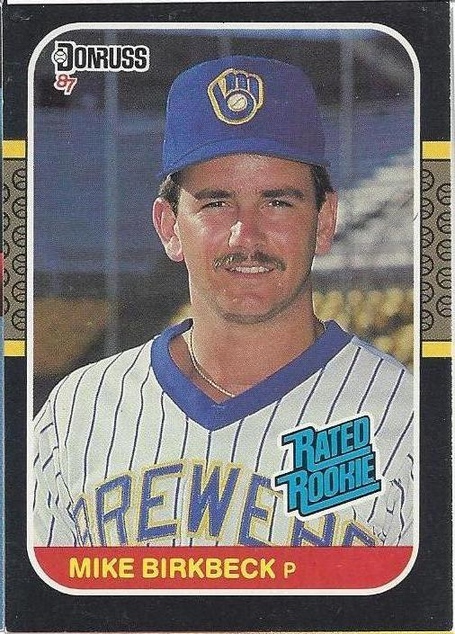 Roughly the bottom 20% of the back of this card was blank. Apparently the people in charge of making him a "Rated Rookie" weren't the same people responsible for coming up with interesting things to write on his baseball card.

Birkbeck struggled with the Brewers in 1987, making ten starts but pitching just 45 innings with a 6.20 ERA. Donruss was committed, though, so they made him card #49 in 1988: 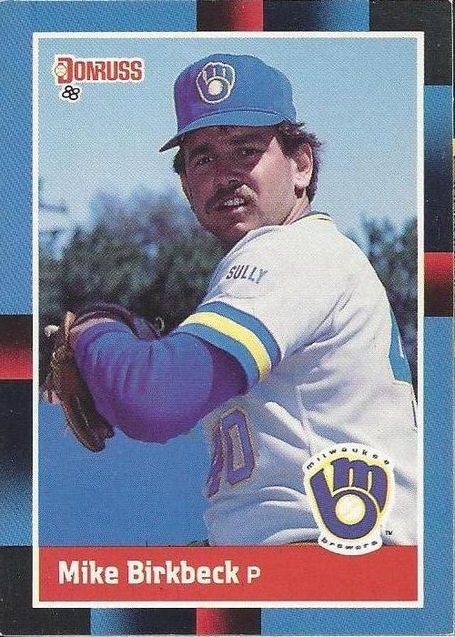 It was fun to watch his mustache evolve, wasn't it?

'88 was Birkbeck's best major league season, as he started 24 games and posted a 4.72 ERA while walking a career-low 2.7 batters per nine innings. Emboldened, Donruss doubled down and made Birkbeck card #501 in 1989: 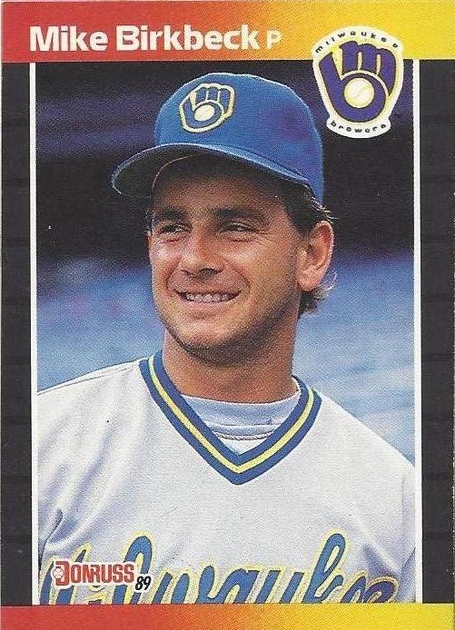 The mustache was gone and soon so was Birkbeck's Brewer career: He made just nine appearances for the Crew in 1989 and wasn't seen in the big leagues again until cups of coffee with the Mets in 1992 and 1995.

With his playing career over, Birkbeck has moved on to coaching and was recently named Baseball America's College Assistant Coach of the Year for his work as pitching coach at Kent State University.

With help from the B-Ref Play Index, happy birthday today to 1993-96 Brewer Mark Kiefer. He turns 44.

On this day in 1989 Robin Yount, the defending American League MVP, became a free agent for the first time. We covered that event in Today In Brewer History last year.